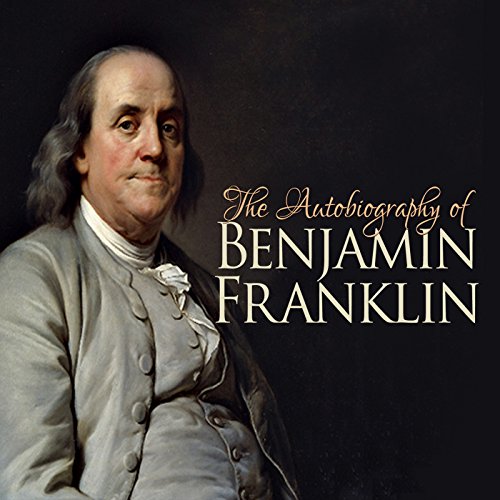 Left unfinished at the time of his death, The Autobiography of Benjamin Franklin has endured as one of the most well-known and influential autobiographies ever written. From his early years in Boston and Philadelphia to the publication of his Poor Richard's Almanac to the American Revolution and beyond, Franklin's autobiography is a fascinating, personal exploration into the life of America's most interesting founding father.

I was appalled by the glaring omission of the single most character-revealing sentence in this classic work. Had the narrator chosen to read the text as it appears in every legitimate print edition, the following sentence would have been heard in Chapter 8 of this audio book. "In the mean time, that hard-to-be-governed passion of youth had hurried me frequently into intrigues with low women that fell in my way, which were attended with some expense and great inconvenience, besides a continual risk to my health by a distemper, which of all things I dreaded, though by great good luck I escaped it."

Historians and biographers have discussed Franklin's sexual exploits at length in other works. Here, in his own words, Franklin voluntarily shines a light on this aspect of his character. I cannot imagine why any editor or narrator would choose to omit this passage from an audio version that purports to be an accurate portrayal of the original written work. It seems as if they want to turn the book into a children's story in which Franklin is portrayed as a choir boy.

To the modern reader/listener, parts of Franklin's autobiography are dull and boring at best. To edit out one of the most interesting and informative parts in an effort to sanitize it is totally irresponsible.

Probably Not What You're Expecting

The problem is that, counter to my expectation, Franklin barely did speak about some of his greatest feats. Turns out he died without having finished the autobiography, leaving some of the most significant parts of his life unwritten - such as his role in the founding of the United States of America. Instead, the book's focus is mostly spent on Franklin's formative years and experiences.

If you are looking for insight into the self-perceived development of Benjamin Franklin - how he grew into the person he became - you will gain a good deal from this book.

If you are looking for a historical account of Benjamin Franklin's life and contributions - as I was - then this book likely won't satisfy.

the dated language forces you to listen carefully oh, but it is well worth the effort. Benjamin Franklin I was truly an amazing man and a fascinating person to read about.

Ben Franklin, in his own words

This book was a very quick read (listen). I actually listened to it, as a supplement after reading Walter Isaacson‘s biography of Franklin.

Isaacson suggests that many influential people have cited Franklin’s autobiography as having changed their lives. He further notes that Dale Carnegie and Scott Covey base many of their self-help “principles” on those attributed to Franklin and “Poor Richard.” Indeed that comes through quite clearly in this book.

If you are looking for a comprehensive history of Ben Franklin‘s life I would start with Isaacson‘s book, as I did. However, I wouldn’t skip this autobiography as it provides an interesting perspective once you know the greater historical context.

WOW this is incredible! What a person! I will now listen again, and again. If I become anything like Benjamin Franklin (in personality and desire to better myself) I will consider it a victory in life. And one of the highest victory's I work to attain!!! Hope everyone else who reads this book will equally enjoy it!

I'm going to listen to this again!

I loved the narrator, very well done. I enjoyed this rendition from beginning to end.

It is absolutely amazing that this was one of our founding fathers.This powerful and unbelievably smart man shaped the course of the entire United States of America. He was constantly trying to better himself for the sake of the people around him. He recognized that he had faults and would try to continually transform them. Whenever I watched historical shows about Benjamin Franklin they never showed him so personable. I'm looking forward to reading many more books about our founding fathers. Thank you to the author and team that put this book together.

AMAZING, All Development books reference this.

A Sack that is empty has a hard time standing on it's own accord. B. Franklin

More would have been wonderful but

I really enjoyed the book as there was a lot about Franklin i didn't know before, it i understood, however that there's a lot more about this man that was not in included here. For me it just means I need to read more about this interesting man.

Great to know from author's own perspective!

It is great to read autobiography! Because, the author is the most person who know himself and what he experienced and how he learned. It is very interesting story to listen. It is great to know how a young man loves reading and goes through a lot of struggling to settle down in a new place far from home at age 17. It is great to know and learn the 13 morals which can be a guide for life principles.

The knowledge Benjamin is putting on the table is amazing. if people would have a mindset like his then greater things in world would be.

Interesting insight into this historic figure

I enjoyed getting an insight into the times, behaviours and characters of the era, and to understand the volume of things Benjamin Franklin was involved in