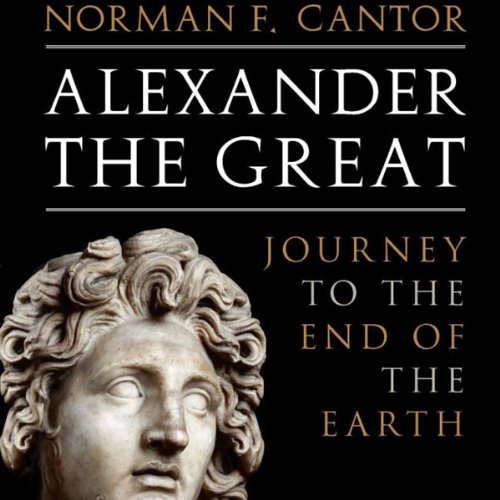 In this succinct portrait of Alexander the Great, distinguished scholar and historian Norman Cantor draws on the major writings of Alexander's contemporaries, as well as the most recent psychological and cultural studies, to illuminate this most legendary of men - a great figure in the ancient world, whose puzzling personality greatly fueled his military accomplishments.

Cantor describes Alexander's ambiguous relationship with his father, Philip II of Macedon; his oedipal involvement with his mother, the Albanian princess Olympias; and his bisexuality. He traces Alexander's attempts to bridge the East and West, using Achilles, hero of the Trojan War, as his model.

Finally, Cantor explores Alexander's view of himself in relation to the pagan gods of Greece and Egypt. More than a biography, Cantor's Alexander the Great is a psychological rendering of a man of his time.

"Military exploits...are excitingly revivified, and honesty is the hallmark of Cantor's appreciation of Alexander's relationship with his longtime male lover, Hephaestion. A book that does the biographical art proud." ( Booklist)

I needed this book for a project in school. I didn't really think I would enjoy it but oh boy was I wrong. By far one of the best books I've listened to this year.

I would recommend this book to everyone. The narration was perfect. Bronson Pinchot is one of my favorite. So far, I have never regretted buying a book in which he is the narrator.

The author is clearly not a subject matter expert. There are much better books on Alexander. I recommend skipping this one.

Bronson Pinchot is one of the greatest audio book readers I’ve ever heard. However, for some reason, in this book every time he has to read a long quotation from another source, he lapses into a near whisper. It’s incredibly annoying. I can’t believe the director didn’t find this irritating or offputting. His voice becomes so quiet during these times that it’s almost like he’s speaking softly and directly into your ear, trying to lull you to sleep.

That all stops by the last hour or so, however, and the book itself is pretty good.

Well written "short version" with several interesting highlights. Several areas of the narrator dialogue are extremely bad sound quality. Not sure that can be blamed on Pinchot.

A very general history of Alexander

Very basic book. Does not go into detail about anything. The book jumps right in to de great feats of Alexander without giving much background.

The book is a quick and easy read on Alexander the Great. It's gives the basic run downs, editorializes them, and in some instances makes you think about something in a way you might not have before. I can recommend this book for what it is, which is why my summery breaks down the kind of read to expect.

found this book a bit hard to finish

If you want a book on Alexander's personal life this is for you if your looking at from a military aspect I believe you will be disappointed.

learnt a lot, easy to listen to and well presented without too much 'opinion'. Good chapter headings meant I could follow the direction.