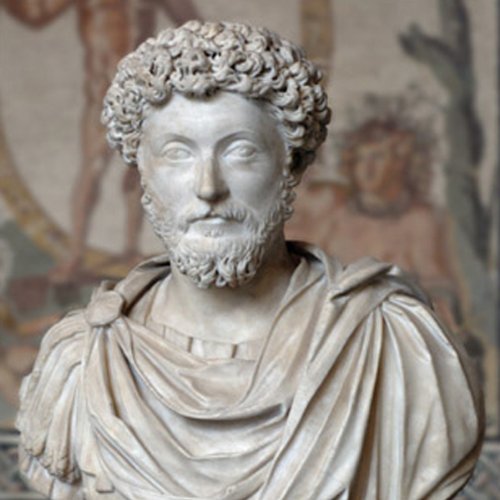 "Live each day as if it were your last." Written in Greek by the only Roman emperor who was also a philosopher, without any intention of publication, Marcus Aurelius's Meditations offers a remarkable series of challenging spiritual reflections and exercises developed as the emperor struggled to understand himself and make sense of the universe.

Ranging from doubt and despair to conviction and exaltation, they cover such diverse topics as the nature of moral virtue, human rationality, divine providence, and Marcus's own emotions. But while The Meditations was composed to provide personal consolation and encouragement, in developing his beliefs Marcus Aurelius also created one of the greatest of all works of philosophy: a timeless collection of extended meditations and short aphorisms that has been consulted and admired by statesmen, thinkers, and readers throughout the centuries.

This book deserves one of the more modern translations. One that does not use thee and thou and other antiquated grammar/syntax.

Please produce and I will buy the new version.

My absolute favorite book. Aspiring! An absolute spiritual look into life and love. I hope it will help you as it has helped me

Glad I finally got around to this.

If anything seems offbeat or broken in life. Give this a listen. The kind of comfort Stoicism offers isn't platitudes. It's very grounded in reality, it accepts things moment to moment with increasing rationality and humility. Marcus talks about this through many personal stories.

Could not get into it

I struggled to find a rhythm to fully follow the book and its reading and the story. I will look for another ...

It's tell us it's all in our mind how we Judge or observe things. Love is just a In our mind or hate. Do not wast time on hate or stimulation.

The narrator and translation type made this particular book hard to listen to. blah.

Narration is not great for this book

Great content but narration not done right for the actual book content. I believe it requires more a therapist voice and pace.

Enjoy reading Marcus Aurelius every now and then for some grounding. I’m not a Stoic to the bone but do ascribe to many of the items they believe being about a “happy” life. Enjoyable.

Lots of Wisdom, With a Great Narration

Not sure I can really absorb all the great bits of wisdom here in one reading, though I really love what I got so far. Definitely felt like it repeated itself a bit after a while, but I’ll reserve final judgment for whenever I read it again. McCaddon’s narration is excellent. [AUDIBLE]

Personal Light in the dark.

I found the material far more 'personal' because of the orator. Listening through my pillow gave my sleep a spiritual guide. Very nice experience no matter how many nights I repeat the Meditations.

To me, this is the best performance of Long's translation of Meditations. It flows so well, I do not get lost in it. She is a master narrator.