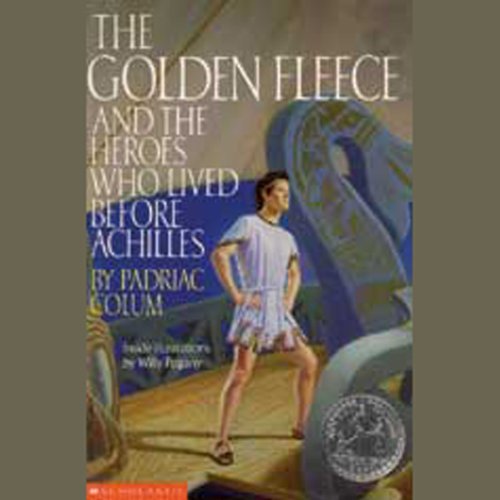 Jason is born the son of King Aeson. His destiny is to rule Iolcus, the land that his father's brother, King Pelias, has taken from him. When Jason comes of age, he returns to Iolcus. But the king is not yet willing to give up his throne. So he cunningly persuades Jason to accept a dare to bring back the famous Golden Fleece of Colchis. Jason accepts the challenge, unaware that he is being conned into a dangerous and perhaps fatal journey far, far from the land he loves.

Along with Heracles and Theseus, Perseus and Atalanta and, of course, the sorceress Medea, Jason travels on a wondrous journey in the ship Argo to strange lands populated by even stranger inhabitants. While they travel, Orpheus, the famous Greek storyteller, sings songs about the gods and goddesses and the creation of heaven and earth.

This is the story of Jason, the Argonauts, and their quest for the Golden Fleece.

"Colum's stirring telling of the Greek epics is still unequaled as an introduction to the classic myths for young readers." (Publishers Weekly)

Well written and well read, for adults and younger people. Padraic Column is great at retelling the myths and heroic stories. Well worth it!

I thought this was a great listen and would recommend it to anyone who loves ancient mythology. I'm listening to Part I for the second time before going on to Part II. The reader speaks slowly, which was good for me because I'm not used to hearing all those names out loud. It's nice to get the real pronounciation for the ancients' names.

Can not recommend this

These great stories are read in such a cold uninteresting monotone drone that they are just too difficult to listen to. They are also rushed and contain no detail or atmosphere.

It was so easy to listen. I finish it in a lonely road trip. i