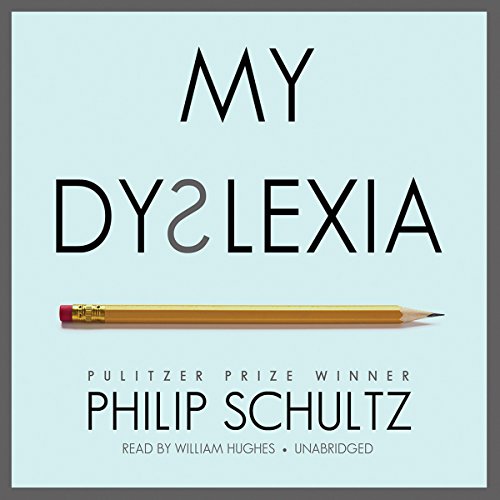 An inspiring memoir of a Pulitzer Prize winner’s triumph over disability.

Despite being a winner of the Pulitzer Prize for Poetry in 2008, Philip Schultz could never shake the feeling of being exiled to the “dummy class” in school, where he was largely ignored by his teachers and peers and not expected to succeed. Not until many years later, when his oldest son was diagnosed with dyslexia, did Schultz realize that he suffered from the same condition.

In this moving memoir, Schultz traces his difficult childhood and his new understanding of his early years. In doing so, he shows how a boy who did not learn to read until he was eleven went on to become a prizewinning poet by sheer force of determination. His balancing act—life as a member of a family with not one but two dyslexics, countered by his intellectual and creative successes as a writer—reveals an inspiring story of the strengths of the human mind.

©2011 Philip Schultz (P)2011 Blackstone Audio, Inc.
Autori Salute e benessere Relazioni
Mostra di più Mostra meno
“Touching…Schultz paints a precise and compelling picture of how his brain works, how he sees himself, and how he thinks others have seen him throughout his life…From its impact on family members, to difficulties in school that may or may not be resolved with diagnosis, to its effect on social interactions and relationships, Schultz describes how dyslexia touches all areas of life. His affecting prose will inspire compassion and leave readers with an understanding not only of dyslexia but of the lifelong challenges that someone with disabilities may face.” ( Publishers Weekly)

I grew up knowing that I was somehow dumber than everybody else and had to work ten times harder to keep up. About 15 years ago I found out I was dyslexic. Only very recently I started to read about dyslexia because my son is suffering from some of the same issues I went through. This book was on my list and I could not have asked for a better book. The story is outstanding, the performance is great and it touches on many of the most important points I would want to make. It is not about the science, it is about the human. Thank you so much for this story.

From a dyslexic and adhd adult with a dyslexic child. I relate to this beyond 100%.

I grew up with dyslexia. A lot of the points he brings up are true. I never fought though. Learning is very hard for me and I have to study at night bc I cannot focus with any stimulants. I’m 22 years old graduated college in three years I got my MBA in my fourth year. It’s so hard to do what I did as the author mentions and I feel for all the kids out there who have to work double hard to get to where they need to be in life. But if you have dyslexia and you’re reading this just now did that work attic if you choose to use it to put you in my ears ahead of the competition.

I found this easy to listen to. I gave it to a friend who grew up dealing with the same issues in Australia. He identified with many parts of the story. He also observed that some of the authors experiences were more to do with being an immigrant in a tough era in a tough part of town! It is a story of triumph and persistence.

I started listening to the this book because, I thought it would provide me with some good advise and concepts.

The beginning of the book was great really got into it.

Then the book rolled into religious and not dyslexia.

I am dyslexic, it would be great if this book stayed on the point of dyslexia.

Had a similar experience growing up in NYC.not a how to overcome book rather a relevant biography

This book was an eye opener for me in understanding why I struggled so in reading as a child and in comprehending even now.
This understanding will now enable me to help my 11 yo granddaughter who struggles even more than I ever did.
Thank you for sharing!

It help me learn how to handle my Dyslexia

It truly help me ,to understand what have been going through all of my life.

I appreciated Phillip's telling of his journey. The honesty about his past, present and future was very moving. I also learned quite a bit about how the person with dyslexia feels inside. This was helpful for me to understand my own 9 yr old son's struggles. Thanks so much!

Made myself finish it. There was too much about religion, not enough about dyslexia.

Had a VERY similar experience to the author through adolescence and early adult life. Inspiring to hear his take on the frustrating learning disability that is dyslexia and reassuring to see yourself in a story of such an accomplished person. The reason for my 4 star review is that I had a different expectation of the book beforehand (searching for tips and tricks that dyslexic suffers have used to overcome the struggle) but as Philip says there’s a lot that’s still largely unknown about the disability, and that every dyslexic suffer must go through the challenging process of forging a path that works for them.

It's me! but im not american or jewish.

Would you listen to My Dyslexia again? Why?

YES, YES, YES.
Not the type of book that one tends to relisten to. But I could relate to this mans story. its 85% ME. How?

Some one elsein the world feels like me - I thought it was just me that felt like this!!

Give it a gi - might learn something about your =self!

its me - without the jew

Really enjoyed this book. Very honest and really gives a moving description of what it's like to feel stupid. The one problem I had was that his description of how he learned to read felt missing from the book. It's seemed like he learned from sheer brute force and determination to read. Nevertheless, his emphasis on learning by what interests you, the importance of being creative and rooting for the underdog were all very interesting.
As a person with dyslexia myself, this book makes me feel lucky for growing up with supportive family and teachers. I always felt that dyslexia was one issue that made it hard for me to read, but I never felt stupid and always felt I would overcome it.
Hopefully more teachers in future can accept the importance of helping everyone in the class.

I have recently have been diagnosed dyslexia at the age of 36. I could relate a lot to his experiences. I am also determined and in middle of trying to complete my masters.

I learned a lot about dyslexia from this book

I'm a teacher with qualifications for Special Needs and specifically dyslexia. I found the way Philip Schultz described his disability and the struggles he had to go through very informative and the book helped me understand and 'feel' dyslexia better than I did before.

If you’re Dyslexic like me I wouldn’t bother with this.

Not engaging, for a dyslexic person and if you’re trying to understand dyslexia I would skip this. Phill writes of his nervous, anxiety and a lot of his fighting and physical aggression as a young man. That has nothing to do with dyslexia, yes been dyslexic in a time where it wasn’t truly understood is difficult but the way you deal with that is down to your personality.

I listen to about four books on audible every month and I am in awe of writers such as AA Gill, Anthony Bourdain, Kipling and William s Burroughs. There use of Language to be concise accurate and Kendra Apa image in your mind exactly what they are trying to explain to you

Super, could relate to most of the experiences mentioned. Gave me a sense that I could go even further if I wished to but there are still some prejudices to be aware of.

Nothing related to dyslexia

I was hoping for more insight into how the author overcame his struggles with dyslexia, what helped him and what techniques did teachers use, how did he develop this over time and achieve success.

It was a disappointing tale of how he was bullied and overlooked and religious.

If you are looking for insight into managing dyslexia this is not it. If you want a short life story with unlikely success then it’s probably for you.

I felt so much like this. I am glad to know others face this and it's not just me

loved this book! Gives amazing insight to the world of dyslexia and how it can make you feel.