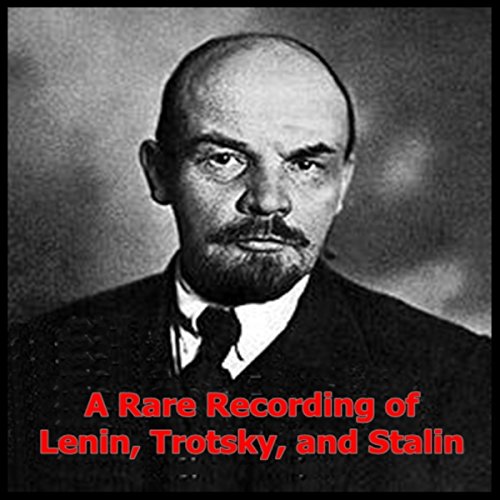 Vladimir Lenin (speaking Russian) was the main theoretician and practical leader of the Blosheviks. He was voted the Chairman of the Council of People's Commissars of the USSR. Leon Trotsky was a communist theorist, prolific writer, and leader in the 1917 Russian Revolution. Josef Stalin (speaking Russian) was the General Secretary of the Russian Communist Party and a key leader in World War II.

The Greastes Speech in Executive order of Social.

I enjoyed it throughly entertaining to it's warning of the social club... do not dout the furor less Trotskyist.

A slice of history

Would you be willing to try another book from the authors? Why or why not?

What does the narrators bring to the story that you wouldn’t experience if you just read the book?

A chance to hear not only their words but their personalities.

It was very short.

The audio, though better than I expected, was still lacking modern quality. A translation of the the Russian would have been useful.