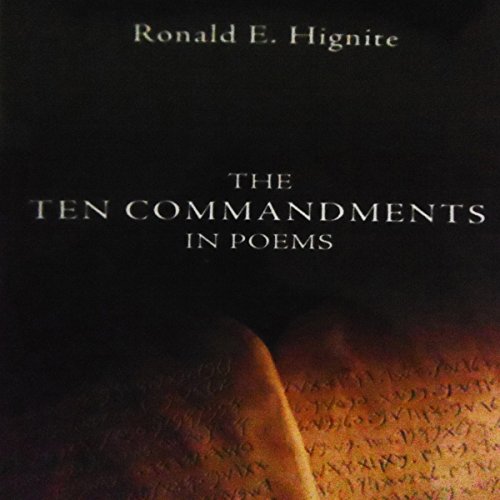 Ronald E. Hignite, author of The Beatitudes in Poems, demonstrates in The Ten Commandments in Poems his poetic skills and provides greater understanding and meaning for God's laws for mankind. Listeners will be inspired by the manner and design by which the events at Mt. Sinai are described in poetry and rhyme. This audiobook contains 12 poems, with one on each of the Ten Commandments, along with an introductory and closing poem.

Ronald E. Hignite was born in North Carolina and grew up in Connersville, Indiana. He returned to North Carolina with his family after high school and attended East Carolina University in Greenville, NC. There he earned both his undergraduate and graduate degrees. Following college, he taught English at Fork Union Military Academy in Fork Union, VA. After two years in Fork Union, he moved back to northeastern North Carolina where he spent most of his educational career in the towns of Washington, Camden, Murfreesboro, and Ahoskie. His interest in writing poetry was sparked while in college with his readings of the English poets, Byron, Shelley, and Keats.