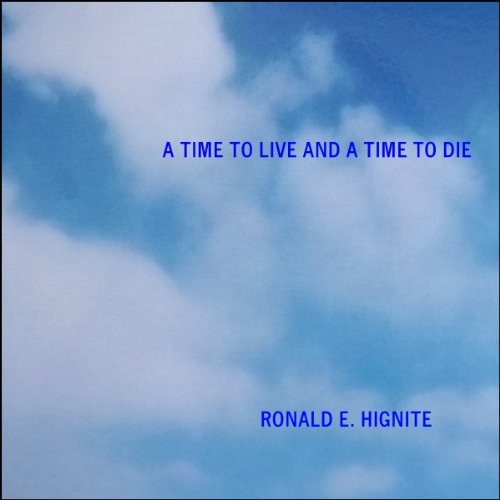 Ronald E. Hignite demonstrates in "A Time To Live And A Time To Die" his poetic skills and gives greater understanding and meaning to God's seasons for man as revealed by Solomon in the Book of Ecclesiastes.

Listeners will be inspired by the manner in which Hignite presents the contrasts of the ever-changing seasons of man in poetry and rhyme.

Ronald E. Hignite was born in North Carolina and grew up in Connersville, Indiana. He returned to North Carolina with his family after high school and attended East Carolina University in Greenville, NC. There he earned both his undergraduate and graduate degrees. Following college, he taught English at Fork Union Military Academy in Fork Union, VA.

After two years in Fork Union, he moved back to northeastern North Carolina where he spent most of his educational career in the towns of Washington, Camden, Murfreesboro, and Ahoskie. His interest in writing poetry was sparked while in college with his readings of the English poets, Byron, Shelley, and Keats.