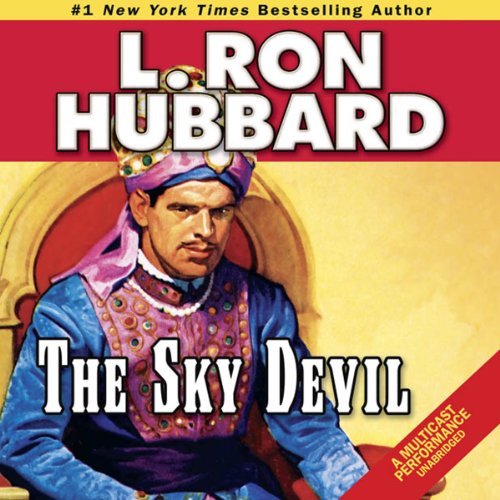 Vic Kennedy is in one hell of a jam. Quick-witted and sharp-tongued with a maverick sense of adventure, Vic’s flown out of trouble by the skin of his teeth...and straight into the jaws of disaster.

He chose the wrong side of a rebellion, and now the French have bid him adieu and the British have said off you go. It seems the only place that will have him is Greece. The problem with that is, as soon as the Greeks get him, they plan on giving him a real send off - at the gallows.

But Vic has a better idea, plotting a course for an oasis in the Sahara ... where things are looking up. A gorgeous captive princess mistakes Vic for a genie - The Sky Devil - and if he gets his wish, well, this Sky Devil will certainly have his day. If he lives to see it.

Also includes the adventures “Buckley Plays a Hunch,” in which an adventurer seeks to solve the mystery of three castaways who refuse to be rescued; and “Medals for Mahoney,” the story of a man who journeys into the heart of darkness to thwart a murderous conspiracy.

Spread your wings and set a course for adventure as the audio version of The Sky Devil takes flight to a thrill-a-minute tale of action and romance.