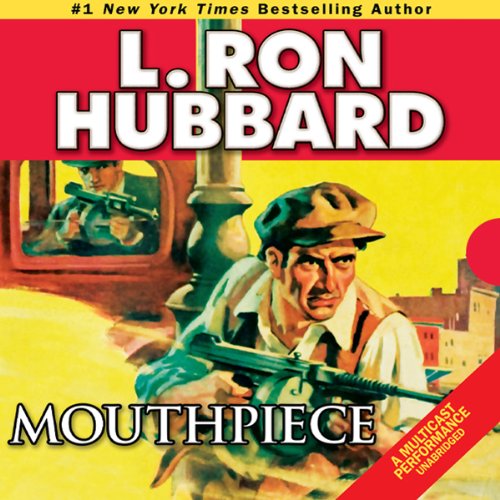 Imagine that your father is one of New York City’s top gangsters, and that you want nothing to do with him or his criminal empire. Now imagine he’s been murdered...and the only person who gives a damn is you. Meet Mat Lawrence, a stand-up guy who’s got one thing on his mind: revenge.

The last place Mat wants to go is back to New York, but that’s where the killers are, and he won’t stop until they’re dead...or he is. And there’s only one man who can help him track them down: his father’s criminal attorney - the Mouthpiece.

But there’s more than a desire for revenge at play in this deadly game. When Mat’s old man went down, a million dollars went missing. Put it all together - a cold-blooded murder and a cool million gone - and it’s a pretty good bet that the one thing Mat is sure to find is some serious heat.

Also includes the tales of mystery, “Flame City”, the story of one man’s harrowing attempt to save his father and the city from a serial arsonist; “Calling Squad Cars!”, in which a police dispatcher goes to extraordinary lengths to bring down a gang of bank robbers after he is accused of working with them; and “Grease Spot”, the story of a former race car driver, now the owner of a wrecking company, who plays fast and loose with the police...and may have to pay for it.

If you’re a fan of a good mystery, it would be a crime to miss the audio version of Mouthpiece...it’s killer entertainment!
* A Publishers Weekly Listen Up Award Winner

"Hubbard is always a quick, fun read. Fans of pulp writing will eat these up. The audios feature full-casts and great sound effects. Listen to one and you’ll be hooked." (Library Journal)