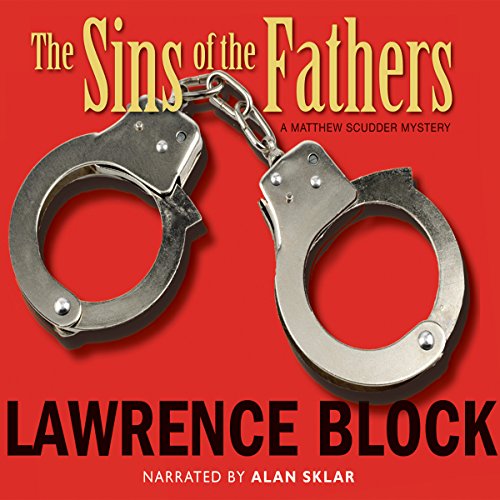 The Sins of the Fathers

The hooker was young, pretty...and dead, butchered in a Greenwich Village apartment. The prime suspect, a minister's son, was also dead, the victim of a jailhouse suicide. The case is closed, as far as the NYPD is concerned. Now the murdered prostitute's father wants it opened again--that's where Matthew Scudder comes in. But this assignment carries the unmistakable stench of sleaze and perversion, luring Scudder into a sordid world of phony religion and murderous lust where children must die for their parents' most unspeakable sins.

Cosa pensano gli ascoltatori di The Sins of the Fathers

Good introduction to a popular series

I would recommend this book to my friends who enjoy mystery series. And, after reading it, I'll seek out more volumes in this series for myself.

What does Alan Sklar bring to the story that you wouldn’t experience if you just read the book?

Good differentiation among voices without over-acting; a good portrayal of the meaning of words, phrases, and entire conversations.

Could you see The Sins of the Fathers being made into a movie or a TV series? Who should the stars be?

Perhaps a TV movie -- action could fit into a 90 minute window (plus commercials = 2 hours). The plot is straightforward enough to survive its necessary shortening to make the screen play. Good actors would convey the personalities and relationships among main characters effectively and efficiently, without relying on words alone.

A listen you won't want to stop until the climax,

Where does The Sins of the Fathers rank among all the audiobooks you???ve listened to so far?

Certainly in the top 15.

Matt, because he somehow manages to stick with the initial goal and stay in character.

Very good but not at the top, but I would listen to something else by him.

I would not hesitate to recommend this audible to others.

About halfway through I know "who did it" but it was enjoyable anyway. Pulp to its utmost (I love pulp) a great hard-boiled detective story. But Matthew Scudder isn't all loveable, just fun to read about.

I really enjoyed this story. I've listened to it twice. The narrator has a beautiful deep voice, very nice to listen to him speak. Thank you

I would recommend this to those enjoy the Detective type of books.
I was engaged but miss the "Blood Lust" for the good Thrillers and Covert Spec Ops.

I like Block's Scudder series a lot. This is one of two exceptions. You might want to avoid this book, unless you have a hankering for dime-store Freud and moral condescension. And I usually like Sklar's reading. But here he is a bit over ripe.

Good but not the author’s best

The narrator’s delivery made the performance very listenable. The story was interesting enough, but about halfway through I knew who the murderer was and why. Overall not bad, though. Certainly not a waste of my time.

yes 14 words remaining. block, Leonard, wow I sure do miss them been trying to listen to some newer material, but these guys & Westlake. well no one comes close. maybe perry or some of the prey series. James Lee Burke in the beginning, but he's wrong i am not responsible i couldn't take him anymore. this was quite refreshing.

Pretty solid story and I liked Scudder, he seems like a good dude. Fun to hear a story like this set in the 70’s (they didn’t have cell phones or google). Sklar’s narration was upper level, I’d take his participation into account favorably in picking my next book.

Such a great listen!!

The narration for this book is what tips the scales for me. The mystery is good and the story progresses at a very nice pace, but Sklar's narration is the tipping point. The main character, Matthew Scudder, is a borderline alcoholic, ex-police detective. Sklar's delivery creates Scudder and all his ungreatness!! I loved the mystery and had a inkling about the whodunnit. I was pleasantly surprised at the reveal though. There are several more books in this series and I'm on a quest!

Really enjoyed. I like Matthew Scudder and the seedy and colourful New York bar scene. Worked out who had done it midway through, though this did not distract from the my enjoyment of the book. Only criticism is the story seemed rushed in its conclusion.