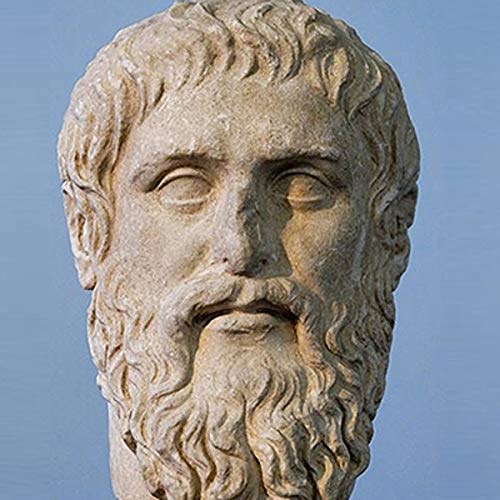 What is at stake is far from insignificant: it is how one should live one's life. Plato's The Republic is widely acknowledged as the cornerstone of Western philosophy. Presented in the form of a dialogue between Socrates and three different interlocutors, it is an inquiry into the notion of a perfect community and the ideal individual within it. During the conversation, other questions are raised: What is goodness? What is reality? What is knowledge? The Republic also addresses the purpose of education and the roles of both women and men as "guardians" of the people. With remarkable lucidity and deft use of allegory, Plato arrives at a depiction of a state bound by harmony and ruled by "philosopher kings."

Coming into the audiobook, one already knows it's a classic. However, the questions remains, does the narrator bring it to life. Well, the answer is yes. The narrator plays an excellent Socrates, and during the dialogues changes voices to include the other characters. I like it very much.

I'd recommend it to anyone; only it is an exceedingly challenging read. I'm listening along with some of The Great Courses to help me understand all the subtleties.

What other book might you compare The Republic to and why?

Which character – as performed by James Langton – was your favorite?

Langton has done a great job over Socrates' opponents, distinguishing them very nicely, often mockingly, from the main speaker.

Of course not. It's supposed to stimulate your brain to reason.

Do not buy this on its own! Start thinking about additional lectures. You won't get it right away.

Would you try another book from Plato and/or James Langton?

Yes, I think I would. The real value in this book isn't the philosophy of Plato or his vaunted republic, it's when you realize that these people had thought the same things in the same way we do today. Plato is very familiar with the "democratic man" as he says and "all of his freedoms". I love hearing a completely honest account of what someone thought about democracy when it was first born.

I don't always agree with Plato and Socrates, but you have to admire the honesty of someone who openly calls for a Republic in which mothers and fathers are separated from their children for the sake of the nation. No punches are pulled and say what you want about their values, ideas and philosophy but don't say they weren't brutally honest in the presentation of their ideas.

The fact that it occurred in a democracy over 2000 years ago and the fact that ancient Greece has similarities to our own society, maybe more so than any society before or since that golden age of Greece.

One little gem from the book: Socrates comments on how a democracy steals the land and possessions from the wealthy. Are things any different in the US today? Perhaps in the fact that we can't just up and take the fortune of one individual, but what of an inheritance tax that takes over 50% of the wealth of an individual?

Which character – as performed by James Langton – was your favorite?

I believe the Socratic method is to get your subject saying yes as many times as possible, and I can't count how many times GloCon say "Yes" "It is Certain" and other yes like answers. I just wish there was a guy around who agreed with me as readily as Glocon agreed with Socrates.

It would be the most boring movie ever conceived. Honestly, did the person who came up with this question have any idea what this book is and how it is written?

A good book, but best when not listened to all at once. Listening to this book is like reading the Bible, you don't do it all at once and you might want to go back and re-listen to something once in a while.

a hodden wonder of the world

This is one of return to again and again throughout the course of my life. I want to read it so many times just to be able to grasp the actuality of it all. this book is what has happened for all the civilizations that has rose up since the beginning of writing, maybe since the beginning of human civilization or even civilization itself of all time. it should be taught in school. but to truly appreciate it you must have richness of mind. he even knows about the eye of the soul...

While I have read this title before I wanted to enjoy it again via audio presentation. I would have enjoyed better character separation during the heavy Socratic questions suggestions still not a bad overall performance of a masterpiece of a favorite topic.

I wish I could give four and half stars

While there were times that I felt Socrates took too long to make his points, I had to keep in mind the different rhythm of the day that it must have been 2500 years or so ago. Many of his points paid off, but the argument of the just and the unjust being rewarded by the pursuit or lack of knowledge and virtue is it's own reward, is only if the goal of an individual is to be a philosopher, which he outlines as the highest place in an ideal society. Yet, he also points out that in an ideal state, philosophy should be queen. In other words, only giving counsel to the court, which I do not agree with, but nevertheless, a good overall read. I also wish Plato had given Glaucon and Adeimantus more of a role in the debate, but once again, I am sure that debating what is just and unjust can not arrive at a conclusion if all sides are given an equal voice, which maybe the point of life itself. Thus, I wish I could have given it four and a half stars, because it came close to perfection.

Must read for politics

This was an amazing look into an ideal government structure. Also, the deconstruction of those and to think this was written thousands of years ago.

expanding of the mind and of the soul.

If it were not for this recording i would have not gotten to this experience for another decade or so.

one of the greats!

i enjoyed the narrator. the last couple chapters were a little struggle for me. I'm glad I read it, but i wish I joined a group to discuss through out the process.

Not sure what I expected going into this book, but it is easy to lose interest, as the book is written as a dialogue (the synopses even said so) however, the topics discussed are thought provoking and the performance excellent. Definitely a worth while book.

Tough book to understand whilst communting

The narrator used a variety of voices to great effect to emphasize the dialogue nature of Plato’s work. I don’t intend to be disparaging but it did remind me of “Jackanory” (a kid’s story telling BBC TV program from the 1970s) in that by having one narrator you get drawn into the story whereas I find I get distracted with different narrators. I hadn’t read the book prior to listening and it is easy to miss key elements of the arguments whilst listening on your commute to work and I had to repeat sections when I got lost. Although I did not fully understand the book, I was so intrigued that I bought a Great Courses audible book – Plato’s Republic (Professor David Roochnik). I found this excellent and would recommend people buying both to fully appreciate Plato's work. Initially I listened to the course and I then went through the course again switching from lectures to relevant chapters (Plato's "books").