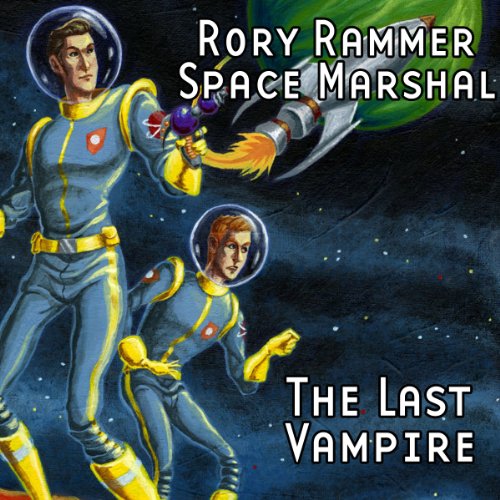 Come away with us now to the far off future days of AD 1985, after men have landed on the moon! When Space Marshal Rory Rammer and his sidekick "Skip" Sagan guard the rule of law and the rights of the innocent from the skies of Earth to the orbit of the moon!

A longtime fan favorite series comes to audio with five thrilling episodes. Hear our intrepid Marshal and his eager young cadet as they navigate the inner solar system in their rocket ship, the Silver Star, matching wits with space pirates, a mad French scientist, a bloodsucking alien from beyond our galaxy, an asteroid miner, and...a television production company.

Ron N. Butler continues his sci-fi series Rory Rammer, Space Marshal with the thrilling installment The Last Vampire. In this delightful dramatization by Atlanta Radio Theatre Company, Rammer and his sidekick, Skip Sagan, invite physicist Irwin Feinman and his daughter, Kryssa, aboard their rocket ship, Silver Star. The mission? To investigate an unidentified object that is on course to plunge into the sun. David Benedict reprises his role as hero Rory Rammer, Jack Mayfield lends Sagan the perfect eager-beaver tone, and Clair W. Kiernan shines as the seductive Kryssa. Thomas E. Fuller ramps up the tension, giving an electric performance as villain Caluard Dalv.