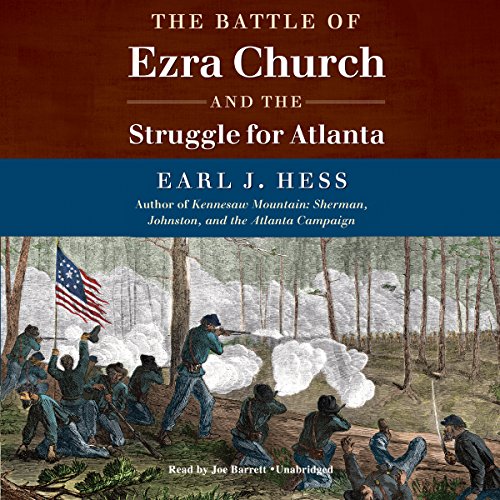 Fought on July 28, 1864, the Battle of Ezra Church was a dramatic engagement during the Civil War's Atlanta campaign. Confederate forces under John Bell Hood desperately fought to stop William T. Sherman's advancing armies as they tried to cut the last Confederate supply line into the city. Confederates under General Stephen D. Lee nearly overwhelmed the Union right flank, but Federals under General Oliver O. Howard decisively repelled every attack. After five hours of struggle, 5,000 Confederates lay dead and wounded while only 632 Federals were lost. The result was another major step in Sherman's long effort to take Atlanta.

Detailing Stephen D. Lee's tactical missteps and Howard's vigilant leadership, Hess challenges many common misconceptions about the battle. Richly narrated and drawn from an array of unpublished manuscripts and firsthand accounts, Hess' work sheds new light on the complexities and significance of this important engagement both on and off the battlefield.

An outstanding book on the Battle of Ezra Church. I could not recommend this book more to any Civil War historian.