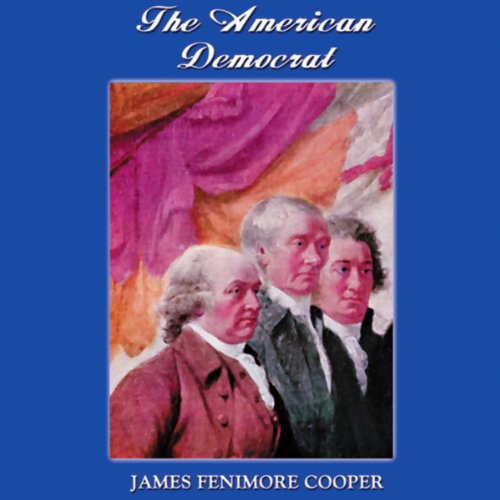 Convinced that the American political system was endangered by complacency, demagoguery, party propaganda, and the tyranny of public opinion, James Fenimore Cooper felt compelled to write this minor classic of American political theory. Fascinated with deception, he wrote in order to express "the voice of simple, honest and...fearless truth" on the peculiarities of the American system of government. Among the topics discussed in his 43 chapters are "Republics," "Equality," "Liberty," "Advantages of Democracy," "Disadvantages of Democracy," "Prejudice," "On the Press," "Deportment," "Distinctive American Principles," and "Advantages of Aristocracy." All are discussed from the point of view of a brilliant conservative thinker.
(P)1994 by Blackstone Audiobooks

This is an interesting book and a good overview of the state of USA body politics from a man whose family been involved since day 1. That said the reader is really good, however, this recording is marred by the fact that in the middle of chapter 3, I experience a jump of someone reading this over to someone reading a book about the Vietnam war for about 10mins. I confirmed this wasnt my recording either it is what is uploaded to Audible. Then it jumps back to reading this book. That is why the performance is rated so low. Unsure without comparison to print editions if I missed the chapter details or not.

narrator spoke too fast, as if he had some place to be. otherwise a good read.

atert readers that it is not a story

Would you ever listen to anything by James Fenimore Cooper again?

absolutely--am listening to The Pilot now

Who would you have cast as narrator instead of Noah Waterman?