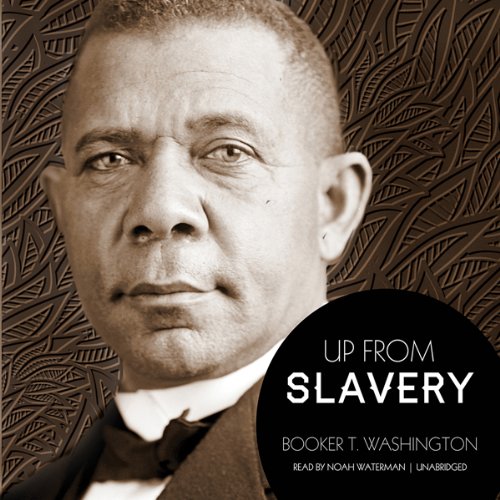 Booker T. Washington fought his way out of slavery to become an educator, statesman, political shaper, and proponent of the "do-it-yourself" idea. In his autobiography, he describes his early life as a slave on a Virginia plantation, his steady rise during the Civil War, his struggle for education, his schooling at the Hampton Institute, and his years as founder and president of the Tuskegee Institute in Alabama, which was devoted to helping minorities learn useful, marketable skills.

He gives an account of his travels, speeches, and meetings with various leaders, including Theodore Roosevelt in the White House. Employing a didactic tone, Washington deftly sets forth his belief that the Black man’s salvation lies in education, industriousness, and self-reliance. This is the true-life story of a man of real courage and dedication.

Booker Taliaferro Washington (1856-1915), founder of Tuskegee Institute, was a leading educator, author, and statesman who rose from slavery to become internationally famous.

It's not often, as a black man in America I get the chance to hear a firsthand account of how African Americans transitioned from slavery into a new world of freedom. The narrator did an amazing job reliving Mr. Booker T. Washington's words over a hundred years after the original writing. I felt like Booker. T Washington was talking to directly to me. What an amazing story. Must have.

I get easily discouraged, so it was with a mixture of shame and outright inspiration that I listened to "Up from Slavery". How can you not be inspired by a man who was born into slavery, barely knowing his mother because hard labor was so constant, a man who worked in a mine when emancipated, who slept on the streets, and went on to have an honorary doctorate bestowed upon him by Harvard, to have the President of the United States of America come speak to his school?
You'll learn about keeping yourself skilled and educated, to be ready when that opportunity presents itself (and it will). Liquor is a waste of time. Be able to think outside the box. Follow your flow by doing that one great thing in your life. Speak from your heart and soul. Reach out to find your common humanity with other races.
A short book for an incredible life. Definitely worth the listen. It'll have you motivated and getting ready to reach for the stars...

This was an excellent account of the life of Booker T Washington, very inspirational and informative - definitely a good read. I did not find the narrator very effective, but the story is so interesting that I learned to get used to him. This is a wonderful historic account of self determination, hard work, and true rags to riches - B T Washington is an inspiration to all and his story is full of life lessons useful to all! Highly Recommend.

Booker T Washington's unyielding optimism, determination and strength of character. He was a truly exceptional individual who accomplished some unbelievable things against impossible odds.

Have you listened to any of Noah Waterman’s other performances before? How does this one compare?

No. This is the first, but I look forward to more.

Every American should read this book! This is the story of a man who worked hard to accomplish what he did, and though he was very intelligent, he went above and beyond the expected and never complained. Booker T. Washington is a terrific example for high school and college students, and I will recommend this book. The tone and pacing of the narrator seemed just right for this book. Highly recommend!

Booker T. Washington was truly a great man and this was a very good book. This book remains an excellent guidebook on how to build and live a truly worthwhile life. The simple ingredients remain: hard work, building a righteous character through practical means and being a blessing to other people.

If you could sum up Up from Slavery in three words, what would they be?

Wow! WHAT A BOOK

What was one of the most memorable moments of Up from Slavery?

building a furnace to make bricks

Excellent book - classic and educational. You can imagine what Mr. Washington had to go through to get his education.

Wow! what an incredible human being! This story made me and my whole life seem insignificant. I drove the long way home some nights just to get more time to listen to this book.

It is no exaggeration to say that Booker T Washington stands out as one of the great people in the history of the United states. What he accomplished with his boundless optimism and hard work is incredible and wonderful. Listening to this biography has been a rare pleasure. I'm reminded of the poem IF by Rudyard Kipling: Such lines as "If you can meet with Triumph and Disaster
And treat those two impostors just the same;" and "If you can talk with crowds and keep your virtue, Or walk with Kings—nor lose the common touch," and "If you can force your heart and nerve and sinew To serve your turn long after they are gone," describe this great man so well. This is a must listen audio book about a person born into slavery who became a shining light that inspires us all.

Very inspiring reading for all races, and all ages. Some educational institutions could learn a lot from this book.

Remarkable story of struggle and success

I'd vaguely heard of the author but was completely unaware of his incredible achievements. Born into slavery, he overcame numerous obstacles through his determination and character. His belief in improvement through education rather than political reform alienated him from others with more activist viewpoints, though his standing appears to have undergone a more positive recent re-evaluation. It's very vell written and the excellent narration fully reflects the character of the author. I'm so glad I came across this audiobook.

A master of his own destiny who was only ever a slave by circumstance. This should be compulsory reading in all schools