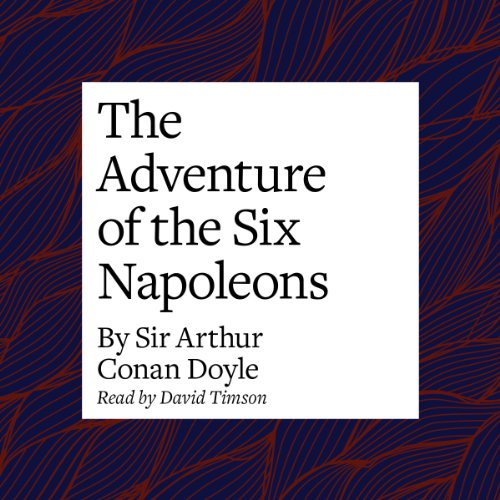 The Adventure of the Six Napoleons

This is a story from The Return of Sherlock Holmes I collection.

When Sherlock Holmes met his demise in "The Adventure of the Final Problem," published in 1893, the distress of the unsuspecting reading public was profound. For years fans showed no signs of letting Sherlock Holmes lie down and die. Eventually, Doyle saw fit to continue his Holmes' canon and wrote a series of 13 short stories, The Return of Sherlock Holmes, published in 1905.

The series begins, inevitably, with the shock re-appearance of the master detective in "The Adventure of the Empty House." This plus 3 others are included in Naxos AudioBooks' first volume of Doyle's continuation of the famous bloodhound of a genius, read by master storyteller David Timson.

Though he has been away, it seems that Holmes has lost none of his remarkable qualities.

Scotland Yard’s Inspector Lestrade presents Sherlock Holmes a small puzzler about broken plaster busts of the French general and emperor Napoleon Bonaparte, a mystery that takes a more dramatic turn when the owner of such a bust is murdered. BBC radio drama stalwart, West End, film, and television veteran, and award-winning audiobook director David Timson proves himself a master storyteller in tone and character development with his performance of a selection from the Return of Sherlock Holmes, Vol. 1 collection, which features the iconic detective back at work after many, including his creator Sir Arthur Conan Doyle, thought he had been finished off.