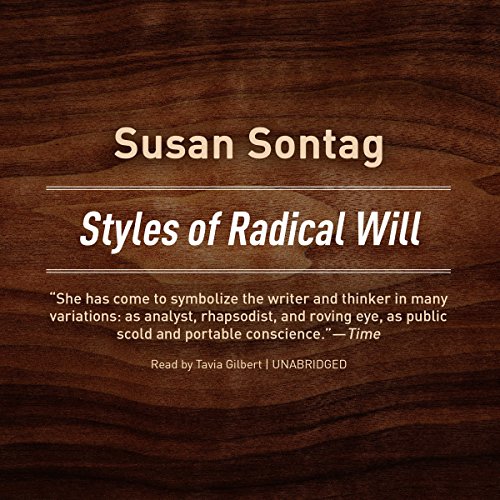 Styles of Radical Will

Styles of Radical Will, Susan Sontag's second collection of essays, extends the investigations she undertook in Against Interpretation with essays on film, literature, politics, and a groundbreaking study of pornography.

In "The Aesthetics of Silence", Sontag examines how silence mediates the role of art as a form of spirituality in an increasingly secular culture. "The Pornographic Imagination" attempts to define and understand the genre of pornography. "What's Happening in America" muses on the state of the country in 1966, when the essay was written, discussing history, politics, and consumerism. Other essays in Styles of Radical Will are "Thinking Against Oneself: Reflections on Cioran", "Theatre and Film", "Bergman's Persona", "Godard", and "Trip to Hanoi".