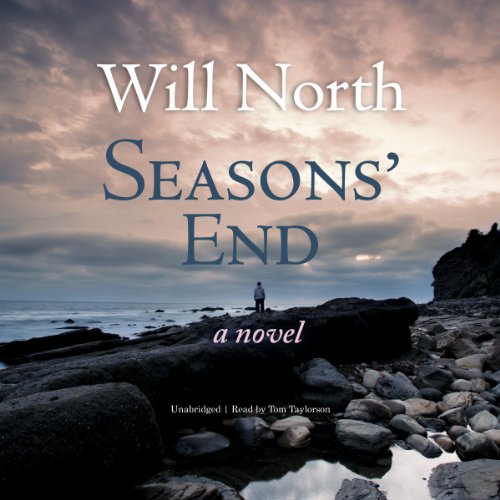 Building upon the success of his critically acclaimed best seller, The Long Walk Home, Will North returns with a much-anticipated new title: Season's End.

On his way to work, Colin Ryan finds the woman whom he has loved for 30 years - his best friend’s wife – lying motionless on a dangerous bend in the road, unconscious and near death from alcohol poisoning. Believing she’s tried to kill herself, Colin does what he’s done since the beginning of their turbulent friendship: he nurtures and comforts her, this time with an eye toward solving the mystery that’s left her half dead on the foggy roadside.

In signature North style, at once lyrical and gripping, Season's End gathers a brilliant cast of characters - richly rendered and beautifully grounded - against the sumptuous backdrop of Washington State’s Puget Sound. This deftly written and at times deeply romantic and suspenseful novel will surely satisfy Will North fans, and more than likely create legions more.

A superb piece of writing by a gifted author.

I think this book is better read than listened to. Too many characters - too much skipping around. I didn't even finish the book.

Has Season's End turned you off from other books in this genre?

The author was good enough - the story was just confusing.

Narrator has a clear pleasant voice.
Sometimes got characters mixed up, but enjoyed the story overall.

Almost as good as The Long Walk Home

A little spotty in places with the audio editing but not enough to make me regret the listen. Trigger warning: there are themes of rape, alcoholism, suicide, and mental health issues. Yet, Mr. North deftly manages to keep the overall tone of the novel from getting bogged down in the heavy while not at all taking these things lightly. And, yes there is love and humor. The witty banter is a delight!

Could not put it down

This is the second Will North book I have read and his writing is outstanding. The characters are drawn fully and completely, and you become pulled into their lives. Once again I found struggling to turn the story off and go to bed when I just wanted to keep on listening. I hope audible will record more of his books.

I hate not finishing a book but I almost didn't finish this one. There was so much description and geneology to describe each character I started loosing interest. I must say, you had to do a lot of thinking to come up with the geneology. Too much discription.