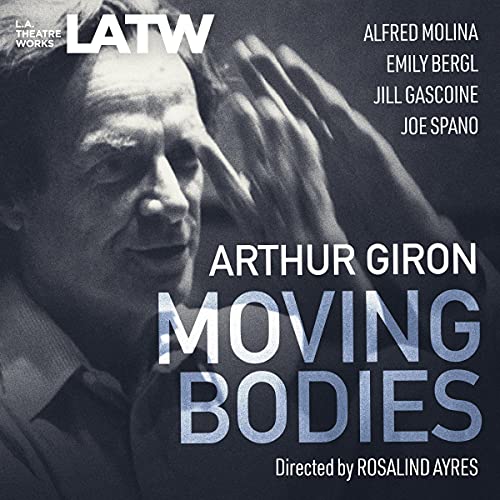 Moving Bodies is a chronicle of the brilliant life of Nobel Prize-winning scientist Richard Feynman. From his role in the development of the atomic bomb to his controversial testimony at the investigation of the Challenger disaster, Feynman casts a long shadow across the worlds of physics and mathematics. Through playwright Arthur Giron's eyes, we see how Feynman became one of the most important scientists of our time.

Moving Bodies is part of L.A. Theatre Works’ Relativity Series featuring science-themed plays. Major funding for the Relativity Series is provided by the Alfred P. Sloan Foundation to enhance public understanding of science and technology in the modern world.

Inspired by the life of physicist and Nobel laureate Richard Feynman, Arthur Giron's wide-ranging play takes on an epic sweep. Its scope covers most of Feynman's life, but the many characters and the complex sound design never sacrifice clarity. The play shows us snapshots of Feynman's youth, his loves and friendships, his involvement with the Manhattan Project, his expertise at lock-picking, and his role as an investigator of the space shuttle Challenger explosion. Though the play's impressive breadth may sacrifice some depth, the overall effect is satisfying - that of a compelling miniseries for the ear that also makes science exciting. Alfred Molina's charismatic performance as Feynman and the leaps in setting and time showcase the medium of audio drama.