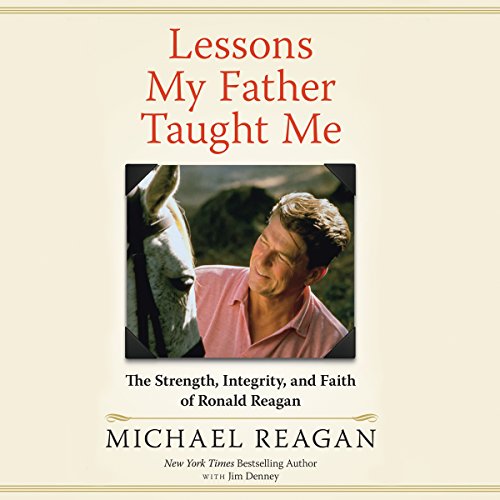 Noted political commentator Michael Reagan, the son of Ronald Reagan and first wife Jane Wyman, has traveled across America, giving speeches and meeting the public. Time and time again, people tell him how much they love and miss his father, and what his presidency meant to them. In a world where role models are few and far between, Ronald Reagan's legacy stands strong. When Michael was growing up, his father would drive him out to his ranch. There, Ronald Reagan taught Michael how to ride a horse, how to shoot a gun, and much more. As they drove together or did chores together, Michael's father told him stories and taught him about life, love, family, faith, success, and leadership.

Great father-son book. Evoked emotion several times. what a great man. This is an important story

Say what you say about president Regan, but the morality that Michael portrays about his father is amazing. Integrity and accountability are words that I would use to describe this. I learned many new things about Michael and his father to include the rest of the family. Very very good listen.

Great book for conservatives and liberals. President Reagan's Integrity was impeccable even through his failure and successes. Easy read. Great book about wisdom in living a successful life.