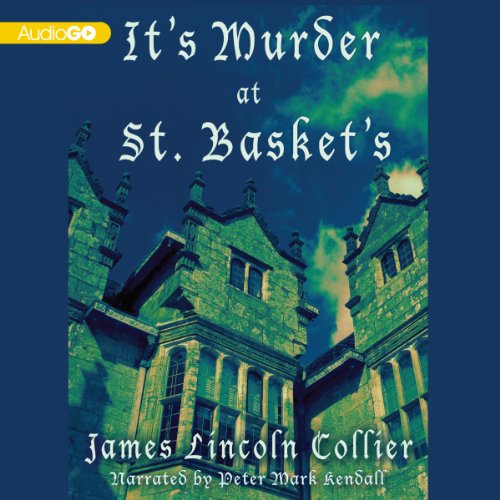 Christopher Quincy was an American boy whose father admired everything British. As a result of this trait, Chris found himself trapped at St. Basket’s, an ancient London school founded - and built - in the time of Henry VIII and, Chris thought, it looked it. The corridors were dim and drafty, and the rooms of the boarding pupils, of whom Chris was one of four, were gloomy and unpretentious. Still, Chris had good company in his two roommates, Leslie Plainfield, who was English, and David Choudhry, a Pakistani. The three were close friends, which made it all the more horrifying when Chris and Leslie saw Mr. Jaggers, the games master, deliberately, so it seemed, break David’s leg with a hockey stick. Unaccountably, Mr. and Miss Grime, the school heads, refused to have a doctor for David. In the midst of apparent security and traditional British calm, a truly macabre and dangerous situation was building up. How Chris schemed desperately to get help from outside is told in the exciting and often hilarious story of a modern American boy’s courage and ingenuity.