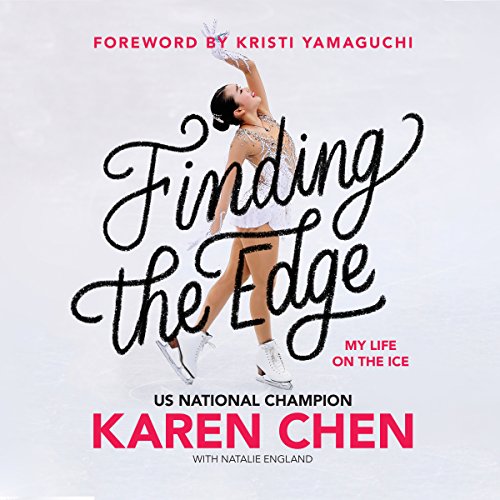 At 17, Karen Chen has already achieved what some girls can only dream of - and it's only the beginning for her.

The daughter of Taiwanese immigrants, she began figure skating at five. Ten years and many grueling training sessions later, she won a bronze medal at the 2015 US Championships after sustaining a nearly career-ending ankle fracture a year earlier. In 2017, she became the US National Champion, winning gold twice and receiving the highest score ever recorded for the short program at the US National level.

Now for the first time, Karen shares the story of how she got where she is today - and where she's going next. She's already overcome astounding obstacles, and her grit, determination, and positive attitude have made her future truly limitless. In Finding the Edge, she shares, in her own words, what it takes to achieve the impossible.

Including behind-the-scenes details from Karen's journey on and off the ice, Finding the Edge also features a foreword from Olympian Kristi Yamaguchi.

Both my daughter and I are inspired by this 17 year old - her courage and committment to chase her dream, her strong soul to overcome any obstacles, and her hunger for exceeding herself. The joy is not only to accomplish but to struggle before we accomplish.