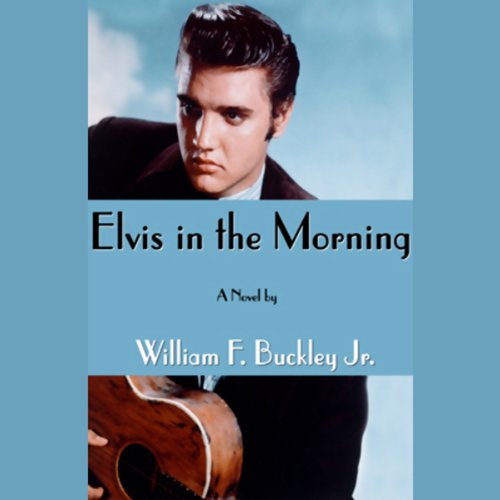 Elvis in the Morning

Orson is a young boy whose mother works at the U.S. Army base in Germany in the 1950s. There, he becomes a fan of a G.I. stationed at the base, one Elvis Presley, whose music is played over and over on the radio. When Orson is caught stealing recordings of Elvis' tunes from the PX, the attendant publicity catches the star's attention, and he comes to visit his young fan. Thus begins a lifelong friendship. As Elvis' career rockets ever higher and his behavior becomes ever more erratic, the two share many adventures.

The sixties explode, and Elvis becomes the icon of the nation, while Orson, a college demonstrator, drifts away from regular life while looking for something of substance in which to believe. Each man is an emblem of his times, as social conventions crumble, barriers fall, and the cultural landscape changes forever.

A panorama of change and dissent, of the ability of friends to stay true despite distance and time, Elvis in the Morning portrays a nation in change and the effects of celebrity on innocence.

"Lloyd James superbly narrates the story of these two disparate yet bound lives....Orson's gentleness and Elvis' vulnerability and occasional celebrity-induced hubris are conveyed through James' narration, which is always true and affecting. Listeners will be involved from the start." (AudioFile)

Too bad Elvis has left the building...

This was one of the most enjoyable listening experiences I've had from Audible. And such a surprise. I bought it at the $9.95 price and only did it because there's a family connection, albeit slight.

The narrator was wonderful. When Orson meets Elvis for the first time, I was in my car and people must have thought me an idiot because I was smiling from ear to ear.

I'm nearly as old as Orson, and listening to his journey through life brought back so many memories for me. And I think this story let's us see more plainly the two sides of Elvis...the small town, religious leaning country boy and what Col. Parker and the media made him be.

I saw Elvis once, passing down a hallway in a Las Vegas casino. He had a full entourage with him and he happened to glance up at me for a quick second, smiled, and put his head down and kept walking. I was never an Elvis fan, ever...but seeing him that day...well, to put it mildly, he was the most beautiful human being I have ever seen to this day. Power, charisma, and humblesness just emanated from him. I can't begin to describe the radiance of his being. Don't think I'm some nut for saying that, but it's true. I can understand Orson's connection to him.

I have no patience for Buckley's politics and was never an Elvis fan. After listening to this book, however, I have new admiration and appreciation for Buckley the writer and Elvis the human being / music empire / phenonenon. The narrator did one of the best jobs I've heard, ever, and I'll be thinking about this book for quite a while. Well worth the audio credit, believe me.

A really great story that could've been true. Well researched and a lot of fun. The story of a boy who was best friends with Priscilla and became closet friends with Elvis from the late 50's till Elvis' death. Never would've expected this from Buckley. But it was fast paced and a whole lot of fun. Narrator does a good Elvis and even sings quite well. "Thank you, thank you very much!"

easy on the ear

great listen
but a rather sudden end .
was waiting for another chapter
is there a second volume