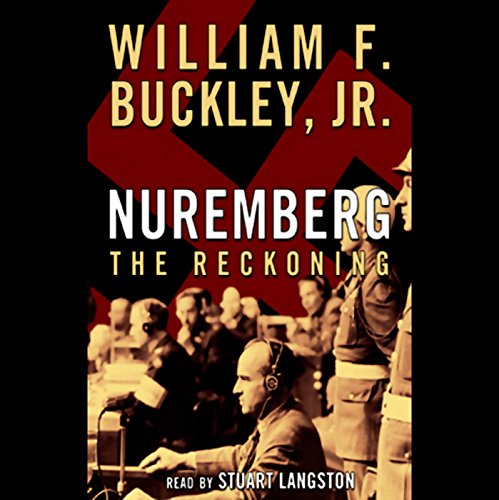 Nuremberg's Palace of Justice, 1945, was the scene of a trial without precedent in history, a trial that continues to haunt the modern world.

Leading the listener into the palace is Sebastian, a young German-American whose fate is entwined with the lives and deaths of some towering figures of 20th-century history, including Hermann Goering and Adolf Hitler. In a gripping account of war makers who must face the consequences of their actions, Nuremberg: The Reckoning flows through Warsaw, Berlin, Munich, Hamburg, and finally Nuremberg, as Sebastian comes to terms with his family legacy and his national identity.

"Buckley displays his unmatched talent for fictionalizing key historical moments in this masterful account of the infamous trials." (Booklist)

This historical fiction gave some interesting factual perspective of the international Nuremberg trials but was encountered by a laborious main plot and a series of subplots that went nowhere.

I recommend this book

I throughly enjoyed reading this book. I recommend it to everybody that I know. It shows the narrative about the so called I was only following orders.