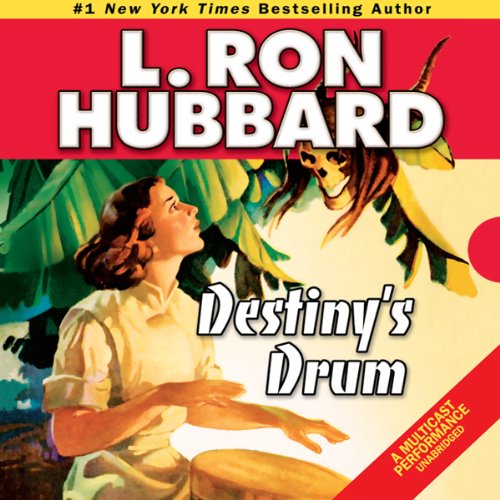 Phil Sheridan is a perfect role for a young Steve McQueen. But Sheridan’s world-wandering ways may soon come to a very abrupt—and violent—end . . . on the long-forgotten Indonesian island of Kamling.

Falling into the hands of a bloodthirsty tribe led by the notorious slave trader known as Portuguese Joe, Sheridan discovers that there’s not enough room on the island for the two of them. And Portuguese Joe has the perfect solution: dispatch Sheridan to another world . . . with the help of a firing squad.

But Sheridan has other plans. The island is home to a hidden fortune in gold—and a gold miner’s beautiful daughter—and he means to get his hands on both of them. If he can avoid the exotic dangers lurking at every turn . . .

The jungle is stirring, the natives are restless, and the bullets are flying as the audio version of Destiny’s Drum sounds the rousing beat of an exotic adventure.

“Thrilling ... inspires a sense of urgency and excitement.” —Publishers Weekly