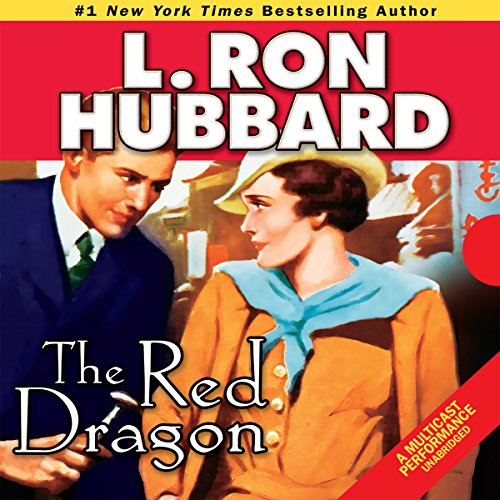 As a lieutenant in the US Marine Corps, Michael Stuart was once considered an officer and a gentleman. But that’s all changed. Now he’s seen as a renegade, a traitor, and a thief.

Stuart is a man without a country...and perhaps without a prayer. Why? Because in a daring plot to foil the Japanese puppet regime in China, he set out to reinstate the country’s true emperor. Known now as The Red Dragon, Stuart is a soldier of fortune in war-torn Manchuria - and a man of honor in a world of treachery.

Stuart’s latest adventure takes him from Peking to the Great Wall and beyond. He’s in a race against time and against the Japanese super-spy known as the Hell-Cat, both of them in hot pursuit of an elusive black chest. For Stuart, the ultimate prize is one filled with mystery, power, and treasure - not only in the chest itself, but in the love of the beautiful woman who has sent him on this mission...

Experience every shot in the dark, every chase across the countryside, every whisper of betrayal and desire, as the audio version of The Red Dragon breathes fire into this stirring tale.

“Hubbard delivers a tidy finale that shows why he was one of the most popular genre writers of his generation.” – Publishers Weekly