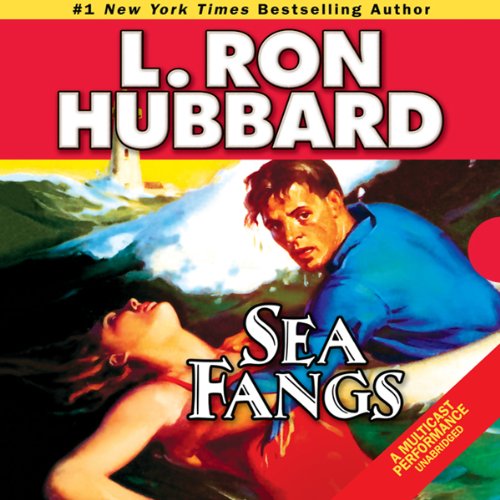 Bob Sherman has a strength of character and purpose that would make Spencer Tracy proud. But signing on to the crew of the yacht Bonito, he’ll need every ounce of his strength and courage to overcome the forces arrayed against him - in Sea Fangs.

He’ll take on the forces of nature - a hurricane smashing into the boat off the Venezuelan coast. He’ll stand up to the forces of ignorance - Bonito’s incompetent captain. He’ll defy the forces of corruption - the boat’s owner, who stripped him of his land years ago. And he’ll fight the forces of evil - a ruthless band of pirates who take all aboard, including the owner’s daughter, to the uncharted Island of Death.

His fate intertwined with a woman whose father stole everything he valued, Sherman is about to discover that there’s one force as powerful, unpredictable and dangerous as the sea itself...the force of a beautiful woman’s love.

Hubbard had vast experience at sea. By the time he’d written this story, he had traveled twice to China on Naval vessels, had signed on a twin-masted schooner plying the Chinese coast, and had organized a 5,000-mile expedition aboard a four-masted schooner. He had firsthand experience of the violence of the sea - and of the men who ply it - as he depicts in Sea Fangs.