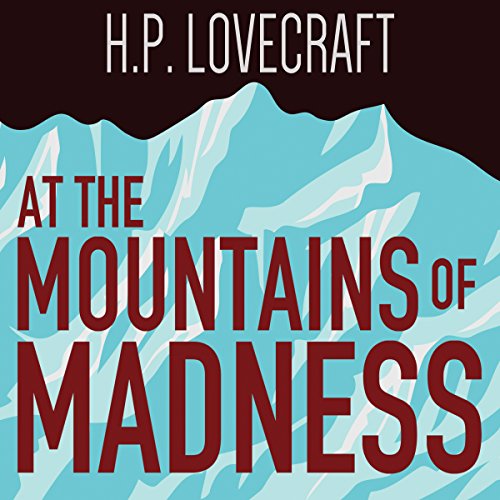 At the Mountains of Madness

A large-scale and much publicized expedition to Antarctica is about to take place. While excitement runs high in the scientific community over this expedition, one geologist tries his hardest to stop the trip from ever happening. This is because William Dyer has been to Antarctica on an expedition before and knows of the unspeakable horrors that lie in its frigid terrain. Dyer goes into explaining that during his last trip, he and another small group, led by Professor Lake, encountered ancient alien life-forms dubbed The Elder Things. Told from Dyer's perspective, this story goes into detail about his fatal encounters with the aliens in Antarctica and how this new expedition will surely end in nothing but more tragedy.

Cosa pensando gli ascoltatori di At the Mountains of Madness

don't know why this is such a popular book

just an average story from a great writer. it doesn't get interesting until half way through, and then just marginally entertaining. reader was mostly monotone.

For me, Jon Bennett's rendition of 'Madness' is the most appropriate. His tone has the authenticity - neither melodramatic nor too flat - to make you forget you're listening to a reading, allowing you to see the icy landscape, and be in the story.

This is one of the great horror stories, along with House on the Borderland, by William Hope Hodgson. Add to that list Dark Matter, by Michelle Paver, and you have the beginnings of the great, and stylish horror stories of the last hundred and some years.

No horror fan should be without this edition. Essential.