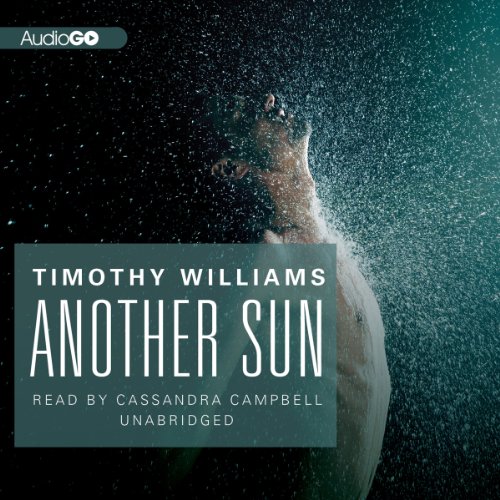 The sun-drenched Caribbean island of Guadeloupe is technically part of France, subject to French law, and loyal to the French Republic. But in 1980, the scars of colonialism are still fresh, and ethnic tensions and political unrest seethe just below the surface of everyday life. French-Algerian judge Anne Marie Laveaud relocated to this beautiful Caribbean island confident that she could make it her new home. But her day-to-day life is rife with frustration. Now she is assigned a murder case in which she is sure the chief suspect, an elderly ex-con named Hégésippe Bray, is a political scapegoat. Her superiors are dismissive of her efforts to prove Bray innocent, and to add insult to injury, Bray himself won’t even speak to her because she’s a woman. But she won’t give up, and Anne Marie’s investigations lead her into a complex tangle of injustice, domestic terrorists, broken hearts, and maybe even voodoo.

©2013 Timothy Williams (P)2013 AudioGO
" Another Sun evokes an atmospheric Guadeloupe layered by witchcraft, vestiges of French colonialism, and domestic terrorist movements, yet grounded by the heart. An intriguing novel with a unique main character in Judge Anne Marie Laveaud." (Cara Black,  New York Times best-selling author)
"Fans of Williams’ other books and readers who enjoy their crime fiction set in exotic locations will welcome Anne Marie with open arms." ( Library Journal)
"In  Another Sun, Timothy Williams takes us on a tour of an island we think we know something about, but goes deep into the true Guadeloupe as only someone intimately familiar with the place can truly go. Anne Marie Laveaud is a woman of sharp smarts and tenacity, and the storyline offers fresh surprises throughout." (Sarah Weinman, editor of  Troubled Daughters, Twisted Wives)