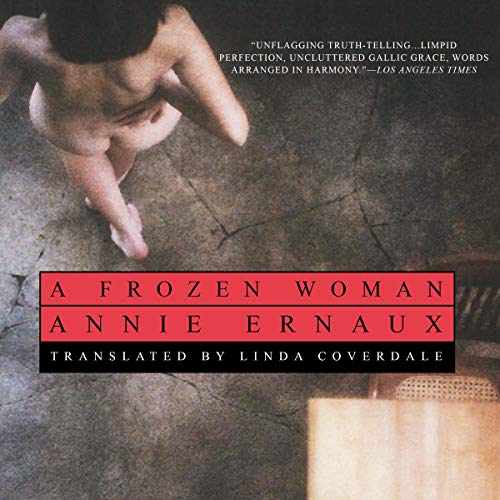 This narrative charts Annie Ernaux's teenage awakening and then the parallel progression of her desire to be desirable and her ambition to fulfill herself in her chosen profession - with the inevitable conflict between the two. And then she is 30 years old, a teacher married to an executive, a mother of two infant sons.

She looks after their nice apartment and raises her children. And yet, like millions of other women, she has felt her enthusiasm and curiosity, her strength and her happiness, slowly ebb under the weight of her daily routine. The very condition that everyone around her seems to consider normal and admirable for a woman is killing her.

While each of Ernaux's books contains an autobiographical element, A Frozen Woman, one of Ernaux's early works, concentrates the spotlight piercingly on Annie herself. Mixing affection, rage, and bitterness, A Frozen Woman shows us Ernaux's developing art when she still relied on traditional narrative, before the shortened form emerged that has since become her trademark.

I liked the entire story starting with an unconventional home life, not dis-functional.
How all the big life decisions just seem to come about. Her feelings, struggles and joys are real.