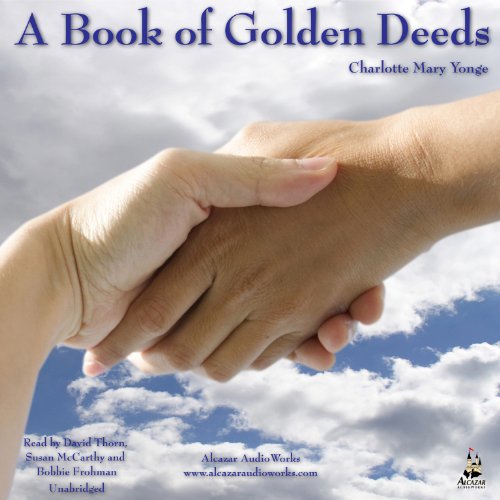 A Book of Golden Deeds, Vol. 1

What is a Golden Deed? We all of us enjoy a story of battle and adventure. Some of us delight in the anxiety and excitement with which we watch the various strange predicaments, hairbreadth escapes, and ingenious contrivances that are presented to us; and the mere imaginary dread of the dangers thus depicted, stirs our feelings and makes us feel eager and full of suspense. A Golden Deed must be something more than mere display of fearlessness. Grave and resolute fulfilment of duty is required to give it the true weight. For the true metal of a Golden Deed is self-devotion. Selfishness is the dross and alloy that gives the unsound ring to many an act that has been called glorious. And, on the other hand, it is not only the valor, which meets a thousand enemies upon the battlefield, or scales the walls in a forlorn hope, that is of true gold. It may be, but often it is, a mere greed of fame, fear of shame, or lust of plunder. No, it is the spirit that gives itself for others - the temper that for the sake of religion, of country, of duty, of kindred, nay, of pity even to a stranger, will dare all things, risk all things, endure all things, meet death in one moment, or wear life away in slow, persevering tendance and suffering.