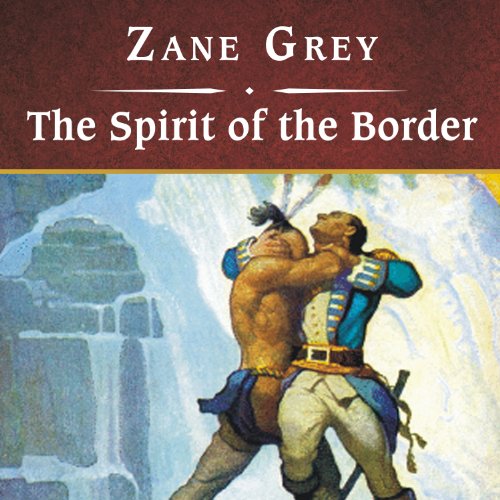 As the Revolutionary war draws to an end, the violence on the frontier only accelerates. The infamous Girty brothers incite Indians to a number to massacres, but when the Village of Peace, a Christian utopian settlement is destroyed, the settlers know they will have to hunt them down.

Lewis Wetzel, known to the Indians as the Death Wind, undertakes this mission of revenge. The stakes increase when he learns of a planned attack on Fort Henry, and must single-handedly turn the tide in this bloody border war. This is the second book in the Ohio River Trilogy.

Cosa pensano gli ascoltatori di The Spirit of the Border

As with "Betty Zane," I couldn't turn my ipod off. Gray's "border" trilogy are my favorite Audible purchases to date. Great narration, great story, wonderfully descriptive. It's hard to believe that this book is over 100 years old. The writing style is not of the 21st century, but is fresh and timeless.


I have thoroughly enjoyed all of the Ohio River Trilogy books! Prichard does a very good job at the narration.

I loved this book just as much as the rest in the trilogy. I highly recommend this book to everyone! A+++++

Michael Prichard is among my favorite narrators, he really brings a story to life and makes a great story that much better. Zane Grey's books are some of my favorites and well worth listening to.