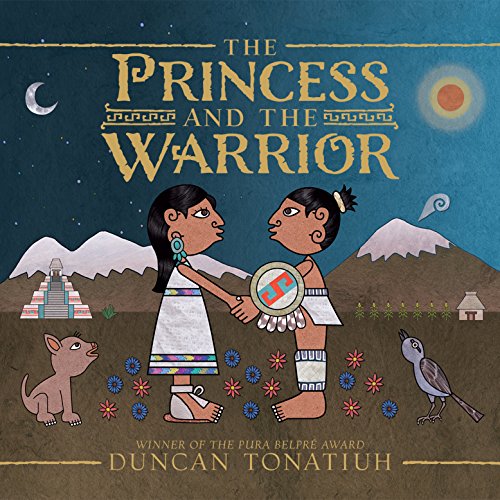 The Princess and the Warrior

Award-winning author Duncan Tonatiuh reimagines one of Mexico's cherished legends. Princess Izta had many wealthy suitors but dismissed them all. When a mere warrior, Popoca, promised to be true to her and stay always by her side, Izta fell in love. The emperor promised Popoca if he could defeat their enemy Jaguar Claw, then Popoca and Izta could wed. When Popoca was near to defeating Jaguar Claw, his opponent sent a messenger to Izta saying Popoca was dead. Izta fell into a deep sleep and, upon his return, even Popoca could not wake her. As promised, Popoca stayed by her side. So two volcanoes were formed: Iztaccihuatl, who continues to sleep, and Popocatepetl, who spews ash and smoke, trying to wake his love.

Cosa pensano gli ascoltatori di The Princess and the Warrior