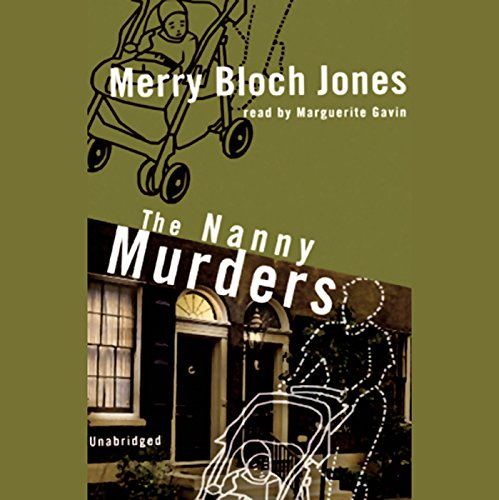 In the tradition of Mary Higgins Clark comes this deliciously written woman-in-jeopardy novel from a wonderful new talent.

Zoe, a single mother with an adopted daughter, discovers that one of her neighbors could be a serial killer. Someone is busily dismembering Philadelphia's terrified nannies. Zoe and a mysteriously scarred detective named Nick Stiles together try to prevent the murderer from striking again, but the killer has targeted Zoe.

"Jones serves up grim details, building suspense slowly at first, then with an accelerating pace that will leave readers breathless for the nuanced finale." (Publishers Weekly)

...but that ain't all bad. I really enjoyed this complicated fare with a predictable ending. The writing was tight; the dialogue crisp; and the plot, while sporting many loopholes, still kept me interested. I've never heard of the author before, but definitely someone to watch for. A good listening experience.

The story was very good, but the narrator consistently pronounced the name of the local road as the "Shoekill" Expressway instead of the "Schoolkill" Expressway. Annoying considering how important the setting of Philadelphia is to the story....

A Great Read Even Years Later

I read this book years ago when I was young. After that, growing up I would always list it as my favorite. Upon finding audible, it was the first book I looked up since it had been over ten years since I original read the book and could remember hardly any of it despite, as I said before, still listing it as my favorite. I will say the story hits different being older now. I also found myself wanting to hit the main character sometimes as well for how stupid she could be, but the book was still as good as I Remembered. It has mystery, some romance, drama, everything I wanted in a book. Looking forward to reading more in this series and would highly recommend!

At first I wasn't too sure I was going to like the main character. There's an issue with her ex-husband that seemed petty and snarky, and I thought she might present that way throughout the book, but I soon became caught up in the story of the disappearing nannies from the neighborhood and all the characters from the sreet and their activities as related to the missing nannies. There's a romantic thread through the book, too. The end of the book is very good--suspenseful and creepy, and if I had to sum it up, I would say, "It's not over, 'til it's over!"

The narrator is quite good with a, different to me, style of delivery. I had to slow the speed to 0.90 to listen best for me.