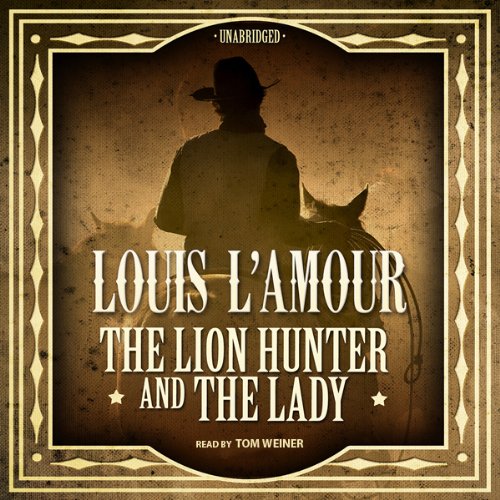 The Lion Hunter and the Lady

No one describes the adventures of the lone cowboy better than Louis L’Amour, who portrays the human side of the Old West before the days of law and order. Here is one of Louis L’Amour’s short stories, with text restored according to the state of its initial publication.

In The Lion Hunter and the Lady, the lion hunter is called Cat Morgan because of his reputation for being able to bag mountain lions alive to sell them to circuses and zoos. As the story opens, Cat is starring down one of the biggest mountain lions he has ever seen. Assisting him is old Long John Williams, a man who is a wizard with a rope, once Cat can lure the prey down onto the ground from a tree. They are interrupted in this work by a lynch posse. Karl Dorman, who is leading the posse, accuses Cat and Long John of having run off his horse herd. It isn’t a question of taking them in to the sheriff. Dorman intends to hang them right there.

Cat Morgan was not a big man but he was tall, lithe, and extraordinarily strong. Agile as a cat, where Morgan got his name, had captured as many as fifty lions and killed that many more. His partner, Lone John Williams helped snare the latest catch. Morgan sold the cats to zoos and circuses’ for three to seven hundred each, much better than punching cows. Set upon by riders looking for horse thieves, Morgan had an altercation with a man named Karl Dorfman. This Dorfman would be the villain of the tale. Morgan came upon a woman in the backcountry named Lori Madison. She plays a leading role, being wronged by Dorfman. The sheriff, Ad Better, of Seven Pines is also involved. So many people for such a short story. Everything came to a head quickly. It is a fine story with much potential but entirely too short.

This is a great Western to listen to as you wind down from the day and relax.

I enjoy listening to Louis L'Amour. He talks about right and wrong and what it means to be an honorable man in the West.
This story was a little short, so not a lot of character development, but still an enjoyable listen. Great performance.