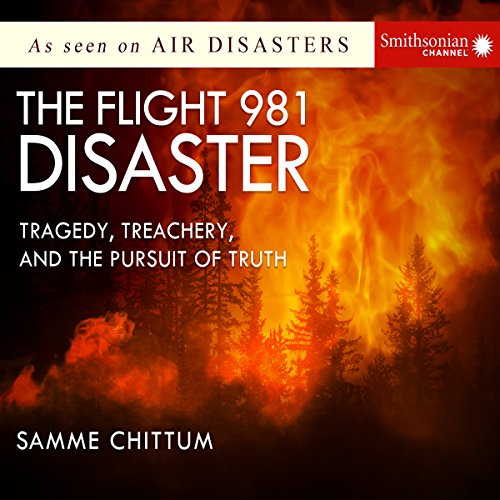 On June 12, 1972, a powerful explosion rocked American Airlines Flight 96 a mere five minutes after its takeoff from Detroit. The explosion ripped a gaping hole in the bottom of the aircraft and jammed the hydraulic controls. Miraculously, despite the damage and ensuing chaos, the pilots were able to land the plane safely.

Less than two years later, on March 3, 1974, a sudden, forceful blowout tore through Turk Hava Yollari (THY) Flight 981 from Paris to London. THY Flight 981 was not as lucky as Flight 96: it crashed in a forest in France, and none of the 346 people onboard survived.

What caused the mysterious explosions? Were they linked? Could they have been prevented? This book addresses those questions and more, offering a fascinating look at the two dramatic aviation disasters.

I bought this after listening to the authors other book on Audible, Southern Storm, which was pretty good. In that story they had survivors and you got a first hand retelling of what happened during the flight, what happened on the ground, and a follow-up. This book however is just a bunch of filler. Since there were no survivors, and not a ton on the black box, the story isn't about the crash, and instead goes off into political rants where the author tries to tie the story to Watergate and jumps to conclusions like the aircraft maker gave to the Republican party which is proof of a cover-up, failing to mention they had a long history of donations to BOTH parties. It's just nonsense like that, that kills the book.

So if you're looking for a good story about an air disaster, read the author's other book, or the much superior book Flight 232, which I highly recommend. But if you're a left-wing nutjob who needs politics inserted into everything, then buy this book!

A Great Listen for Many Reasons

This book checked all of the boxes on my 'must have' list about aviation disasters. It is a perfect balance between technical detail, emotional impact on the world and the families, and the history of the McDonald Douglas company. The narration is well done, and the production and sound quality is superb.
Aviation buffs are the not the only ones who will enjoy this.
This is now on my list of perennial favorites.

Told information about the two related DC10 accidents I have never heard before. It Did the human impact very respectfully