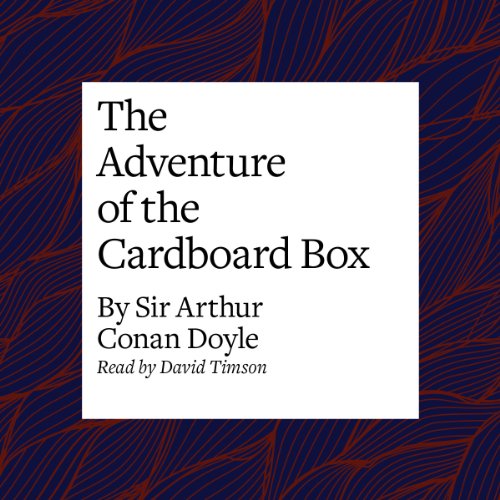 The Adventure of the Cardboard Box

This is a story from The Adventures of Sherlock Holmes III collection.

In this collection are four more individual cases for Mr. Sherlock Holmes, narrated by his faithful friend and admirer Dr. Watson. They dive into the opium dens of London in "The Man with the Twisted Lip," recall the curious history of "The Musgrave Ritual," come face to face with the grisly evidence contained in "The Cardboard Box," and go on a wild-goose chase in "The Adventure of the Blue Carbuncle." The powers of Sherlock Holmes prevail.

In this installment of Sherlock Holmes’ escapades, the great detective finds himself embroiled in a particularly grisly investigation after a woman receives a package containing two severed ears - evidence, Holmes thinks, of a gruesome crime against one of the woman’s own sisters...but which? And why?

"The Adventure of the Cardboard Box", originally published in The Adventures of Sherlock Holmes, is a compelling excerpt from the super sleuth’s grand pantheon of mysteries, and David Timson’s performance does it justice. Timson’s rich, refined, and rolling tones effortlessly transport listeners back to Holmes’ Victorian England, and his measured pacing - combined with an invaluable flair for the dramatic - make it easy to get lost in this world of murder and mayhem.