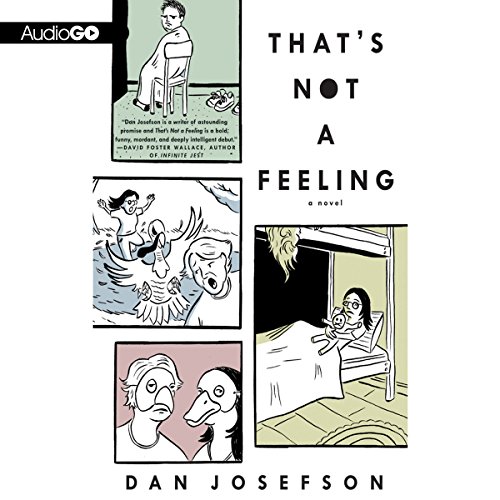 Benjamin arrives with his parents for a tour of Roaring Orchards, a therapeutic boarding school tucked away in upstate New York. Suddenly, his parents are gone and Benjamin learns that he is there to stay. Sixteen-years-old, a two-time failed suicide, Benjamin must navigate his way through a new world of “popped privileges”, “candor meetings”, “morning meds”, and “cartoon brunches” - all run by adults who themselves have yet to really come of age. The only person who comprehends the school’s many rules and rituals is Aubrey, the founder and headmaster. Fragile, brilliant, and prone to rage, he is as likely to use his authority to reward students as to punish them. But when Aubrey falls ill, life at the school begins to unravel.

Benjamin has no one to rely on but the other students, especially Tidbit, an intriguing but untrustworthy girl with a “self-afflicting personality”. More and more, Benjamin thinks about running away from Roaring Orchards - but he feels an equal need to know just what it is he would be leaving behind.

Perhaps this is my personal preference in book choices, but I don't find the minutiae of any story to be very interesting. Yes, such detail adds texture and emotional drama to a written passage, or can add literary descriptive nuance,, but if I am not seeing any purpose to the infinitesimal meanderings I quickly lose interest.

This novel's structure and multiple viewpoints, unusual terminology requiring some sort of invented or specified glossary, is generous fodder for the genre of New York Times reviewers who have been known to embrace breakthrough for its own sake, and from some angles the novel could be viewed, thematically at least, as "Pilgrim's Progress" 2012-style.

Characters? Yes, the cast includes many names and develops vignettes around each character's "plot" arc but that's about all the detail to which the reader has access and the backstories, front-stories, middle-stories are all missing or deemed irrelevant. These people have no context and are just seem to be names, assigned the way a visual artist would select colors and other players, light nuance, texture, etc. for a painting or installation. The viewer reads the whole, and it's usually not linear.

IMO this novel is written in the wrong medium. It should be a painting or collage, installation or site-specific construct, impressionistic and resplendent with textural additives, line arabesques, drink stains and evocative ornamentation. Or it's a photographic slideshow, composed of unconventional and unexpected camera angles.

Perhaps (and "perhaps" an understatement) the traditional novel is dying, images are replacing words, and the art form has now been colonized by microcosmic spider-like explorations. This is all a strong departure from the archetypal hero's journey as set forth in ancient mythology and then later branded by philosopher/cosmologist Joseph Campbell. Such a setup is now looking dated.

I am all for creative breakthrough, but I also know why I read, for many reasons: enlightenment, insight, voyeurism and knowledge of how a character fictional or real gets down from the mythical tree into which he's been placed. And there is just plain old entertainment, to name a few reasons to read. I also demand that the setting - geographical or at least physical in some specific way - be a prominent player in the mix. This book has none of the above.

I'm not a fan of novels that are constructed primarily out of conversation, overdone action, and characters without context.

Which is why I asked myself, over and over again, when racing to grab this book from audible after reading the review in the NYT, what the heck is THIS?