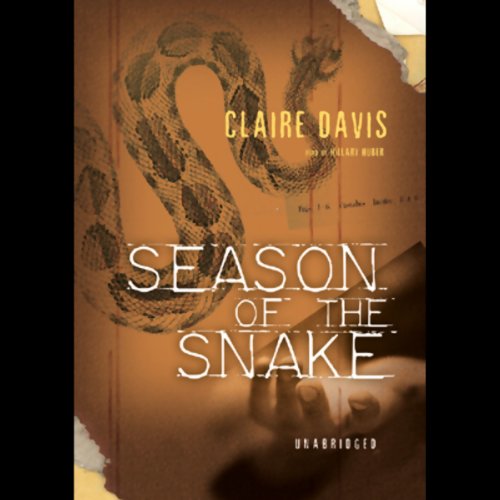 Nance Able has finally recovered from the violent death of her first husband and is living a new life in the West with her second husband, Ned. When Meredith, her younger, errant sister, decides to move to the same town, Nance's long sought happiness is threatened.

As a snake scientist, she is attuned to the dangers of the natural world, but she is unaware of the danger in her own house. With Meredith's arrival, Nance begins to suspect her husband of being a sexual predator. As Ned's behavior unfolds, the two sisters struggle to come to some understanding of what separates them and fight to discover the strength they need to survive.

"Hillary Huber's narration is lyrical enough to be set to music." (AudioFile)

This book will keep you on the edge of your seat! The story builds slowly, but has you in it's clutches fairly soon. It may well be one of the creepiest books I've ever read or heard. It's quite a character study. I don't want to give anything away here tho. The narrator was a good choice as well. Highly recommend!!