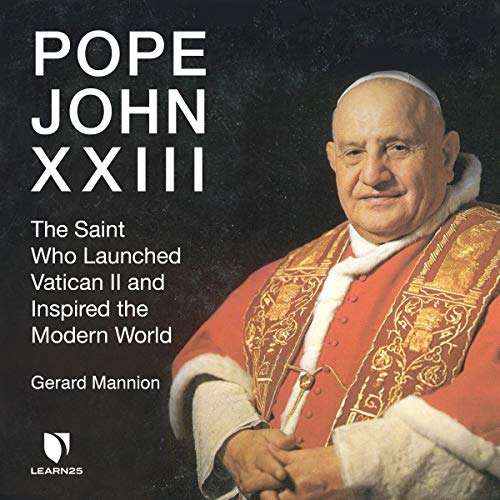 Embark on a journey through the remarkable life and legacy of Pope John XXIII.

Perhaps no one had such a great influence on the Roman Catholic Church in the 20th century as Pope John XXIII, who was canonized by Pope Francis on April 27, 2014. Born Angelo Roncalli (1881-1963), he rose from humble beginnings to become a passionate advocate for social justice and world peace. His papacy was marked by compassion, charity, and love.

In this course you will join ecclesial expert and Georgetown professor Gerard Mannion in encountering the enduring charisma of Saint John XXIII. In 12 fascinating lectures, you will journey through his inspiring life, his powerful leadership in calling the Second Vatican Council, and his lasting legacy for the world today. John XXIII (r. 1958-1963) enchanted the world with his charismatic papacy that stressed peace and justice. A true shepherd for the people, he captured the hearts of the faithful and championed interreligious dialogue. Facing a world torn apart by war and conflict, he united people around the globe with his message of love and warm teaching style.

All of this would have marked him as a great pope, but his greatest achievement would be the calling of the Second Vatican Council (1962-65), which he called to bring the church "up to date" (aggiornamento). In doing so John XXIII ushered in a process that would forever change the church.

Discover anew the power of this inspiring saint's teachings today.