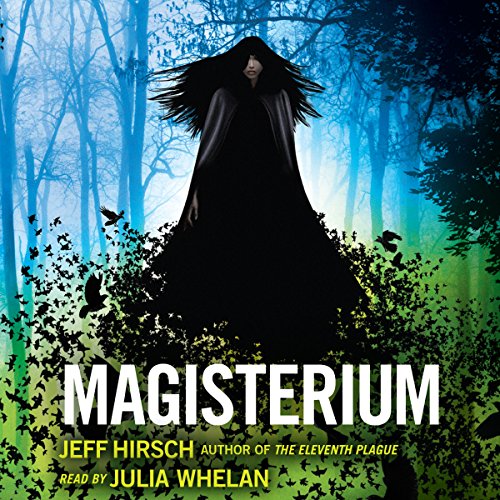 Sixteen-year-old Glenn Morgan has lived next to the Rift her entire life, and has no idea of what might be on the other side of it. Glenn's only friend, Kevin, insists the fence holds back a world of monsters and witchcraft, but magic isn't for Glenn. She has enough problems with reality: Glenn's mother disappeared when she was six, and soon after, she lost her scientist father to his all-consuming work on his mysterious Project. Glenn buries herself in her studies, and dreams about the day she can escape to the cold isolation of a research station on 813, a planet on the far side of the known universe.

But when her father's work leads to his arrest, he gives Glenn a simple metal bracelet that will send Glenn and Kevin on the run, with only one place to go. The other side of the Rift will bring truths about what really happened to Glenn's mother, and will put them at the center of an age-old struggle between two halves of a divided world.

It was just ok. I could not get in the the main character and so the whole thing felt flat. The narrator did not help with all the voices sounding the same which is odd cause I have listened to this narrator on other books and liked her.

great story. engaging and good to listen to. I enjoyed the story and the narrator was awesome!

I couldn’t stop listening to the story even though the main character was frustrating due to her closed mind, stubbornness and know it all (I guess regular 16 year old). She did turn around towards the end.
I wish this book was made into a movie. It would be interesting to see all magic come alive.
The narrator was amazing with her changing intonation and giving each character their voice.
Story is captivating and always changing . There is no dull moment in this book

I loved the book. The voice in the reading lacked the ability to vary in tone, cadence and quality for me to tell who the characters were when speaking. overall I give it two thumbs up.