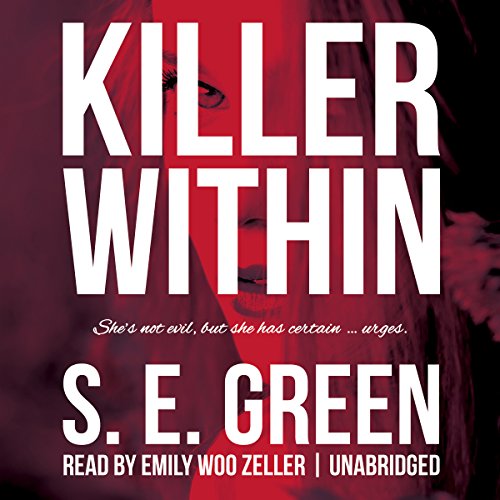 In the heart-pounding sequel to the "zippy, gripping psychological drama" (Kirkus Reviews) Killer Instinct, teen vigilante Lane must face the secrets and unexpected consequences that arise in the wake of her first kill.

It's been three months since Lane made her first kill - the sadistic Decapitator - and now she feels both closer and more alienated than ever from her united, grieving family. Haunted by conflicting memories of her mother, Lane resumes her role as the vigilante Masked Savior out of a feeling of obligation - but her heart just isn't in it anymore. Now that Lane has felt the rush of deeper, darker thrills, a growing part of her wants to revisit its seductive power, and she's not sure how long she can resist.

Meanwhile, the Masked Savior has inspired its own fan site, where groupies gather online to praise, document, and debate each delivered act of justice. But one of Lane's secret admirers is becoming a cunning copycat, exacting "justice" on defenseless innocents, increasing the violence with each attack.

Someone is watching Lane, edging closer to making contact - someone who knows her darkest secrets. Will Lane be able to stop the copycat and keep her identity protected, or will she give in to the thrills that tempt her?

I loved this book, easy to follow, interesting characters, looking forward to the next one!!!

Another round of Lane

Entertaining, though like many sequels, it doesn't compare to the first novel, less believeable, but still interesting and fun to hear more from Slim Justice.

good second book. but definitely a YA. I was left wanting more. I hope for another to come along.

If you liled the first one you will like this.

More of the same. Teenage angst meets murder. Is Lane a psychopath? I doubt it, but she is an interesting mix of Teenage angst and murder. I like the main character and I would buy book 3.

Waiting for the sequel

I'm very pleased with not only the authors work but the audible artist was even better. The author, as you can tell is newer, but is coming into the genre very easily. She does force some of the story and a few of the twist are quite contrived, but it is fun. This isn't on the level of Stephen King or Clive Barker, however, for entertainment it is great. One I listed to the first book in the series, I couldn't wait for the second and I am looking forward to the third.

The story started off pretty good but then shifted and some characters were introduced that didn't seem completely necessary. of course the one character introduced was so obvious that you could spot it a mile away. I don't give anything away but this one wad a little bit of a let down from the first book.

The first one was better. I was quite invested and enjoyed listening for the most part, but the denouement was a little shaky for me.

Not a teen novel

I really enjoyed This series. I listen in the car while in traffic. Very captivating, engaging story line. The reader does a nice job with the different characters voices. I did research on the author to find other books by her and saw that this book was categorized as a teen novel. It is a book about a teen vigilante who chases down a serial killer. There are a couple very violent graphic parts that I don't feel are suited for teens. They shocked me! I wasn't expecting something so violent in a teen book. Don't get me wrong, it was a great listen, but possibly not suited for young adults.

I have just finished reading this amazing continuation of the first book. just looking forward for the next one.

Such fun stories!! Hopefully longer next time but this seems to be a great series even if it is only book 2!