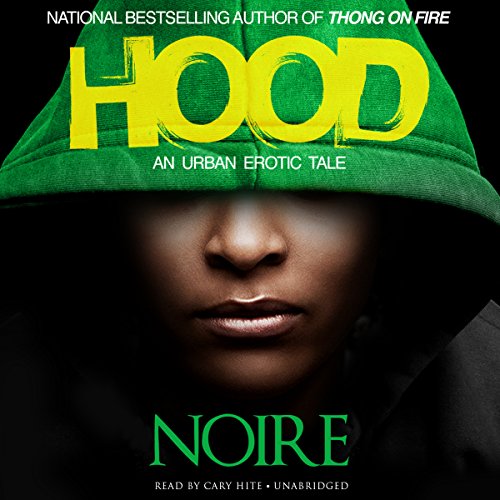 Lamont "Hood" Mason is a fearless 19-year-old gangsta who was born and raised in the projects of Brooklyn, New York. He was an abandoned child who roamed the city streets and fought hard for survival. The only thing constant in his young life was the safety of a Brownsville barbershop owned by a father figure called Fat Daddy. The barbershop is where Hood comes of age, but cutting hair isn't the only thing Fat Daddy has going on. His daughter, Egypt, is the love of Hood's young life and the one person whose dreams of a stable future can lead him off the grimy urban corners and out of the hustling life.

But when Fat Daddy crosses paths with Xanbar, a notoriously brutal drug kingpin, his vices threaten to bring death down on the family Hood loves. In an effort to protect his own, Hood and his best friend and hustling partner, Dreko, take to the streets on a bloody mission that doesn't go exactly as planned. Hood returns to find his world turned upside down by a wave of sex, violence, and betrayal. No longer the starving kid on the street, now he's a man seeking vengeance and retribution, and he might be forced to choose between bending and breaking as he picks up the shattered pieces of his life one by one.

Good book ,but very disturbing book. Give it a try, but a dark story with dark characters.

if you are really into gritty hood street stories, this is the one for you. I think for the first time a story was actually too much for me. There was too much sadness in this story for me. Zachy and Andreko deserved better. Draco deserved worse. The ending seemed rushed and Egypt's ending wasn't realistic, It would have been nice to know what she ended up doing with her life.And I didn't love the main character Hood. But the narrator did an awesome job telling such a slimy story

I love Cary Hite as narrator

Caryn can take any story and make the reader feel like they are in the story. This is my first read by this author and book was deep.

lol the raps were hilariously terrible 😂 but it was a good story. I would recommend to a friend.

I can't give it any stars. This is the nastiest book. A kid making a young kid give him head. Just f nasty. If you like books with kids are molested this I is your book. I will be calling audible to get my money back. The book made me vomit.

I read this book years ago and was glad to be able to listen to it on audible. I think the narrators did a good job.

If you like grim and grit this definitely the book to listen to. Oh boy got off easy but he deserved what he got.

the book was interesting..I felt sorry for sacky and the baby and zena too...Sacky's death was one of the most disturbing deaths that I ever read in a hood novel. Also Egypt's ending isn't realistic and I wished there was a part 2 to see what everyone was up to its a real gritty book fa sure..

The story line was very very interesting. I just didn't want it to end.

This book was excellent. This was one of the best books I have ever heard.