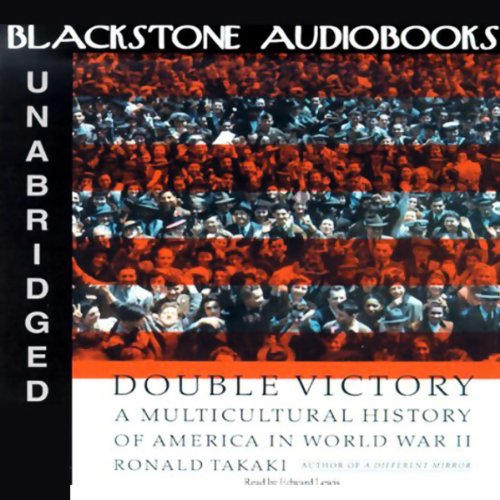 In Double Victory, a broad spectrum of American voices emerge to illustrate the various struggles and victories fought during wartime: a Japanese-American at an internment camp; a Native American code breaker using the Navajo language for the first time; a Mexican-American woman, "Rosarita, the riveter", who was able to work a job during wartime other than as a housecleaner or a maid.

Takaki also considers the racial biases that influenced important American government actions during the war, like the bombing of Hiroshima and the refusal to admit Jews into the U.S. Double Victory clearly demonstrates that World War II helped to transform American society and advance the cause of multiculturalism throughout the country.

"[Double Victory] depicts, forcefully and clearly, the first steps toward an America that could be color-neutral." (Publishers Weekly)

If you could sum up Double Victory in three words, what would they be?

I had no favorite character because all the characters were fun to learn about thire stories.

Would you listen to another book narrated by Edward Lewis?

No, the narrator was extremely slow and mispronounced some words.

This is not a good book for anything but a History class.