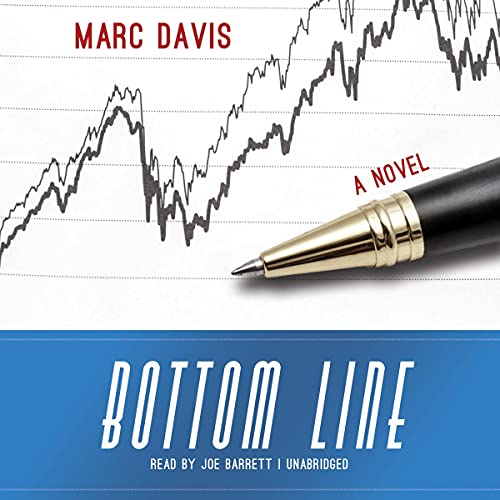 As the US and global economies in the 21st century head toward a major recession, and companies worldwide struggle to survive, one businessman is tempted to turn to crime.

Two strong businessmen who run a colossal international management consulting and accounting firm find themselves battling one another to save it, each proposing a different way of preventing its collapse. One is the CEO and founder, an amoral, ruthless megalomaniac; the other is the senior-most executive who expects to succeed the CEO as head of the company and a principled but flawed idealist. They were once as close as father and son, the older man mentor to the younger. Now their relationship collapses along with the economy, as their firm loses one blue-chip corporate client after another.

A series of financial crimes ensue, instigated by the CEO, who uses fraudulent accounting to appear to help clients make their estimated profits while using insider trading to reap millions in personal profits. With the end in sight, he absconds with millions of dollars that had been held in trust in a partners’ bonus pool, forcing the younger man to hire a private eye to hunt him down.

My quest for good sharp deeply imaginative and credible business-financial fiction has perhaps replaced my younger quest for that perfect super-quirky girlfriend. The last disappointment fades in memory and maybe THIS one will finally turn that corner --- yeah.
I tried not to be spoiler here, but I do make some loose allusions to how thinsg go in the story, without specifics. So you might want to stop here.
This time, the bait was, I glimpsed and liked some pretty credible-sounding business-financial scenarios to start with. Imagine a protagonist as razor-sharp COO or CEO of a hot top-drawer consulting firm, tipping into a bit of a financial bust (dot-com days, not 2008). Things get rocky, people do daring and dubious moves and betrayals. Sounds great to start.
But like that quirky affair of the heart, the first day is usually the best, and it goes down from there. I should face it: I'm a non-fiction guy. Yes, real people do stupid and crazy things and make mistakes. But in fiction, I have to think my hero character has something to show me about mental and decisional grace under pressure. Yes, with a few human frailties in the mix. A blunder or two. But I expect this go-getter bigshot to be able credibly to see around a few more corners ahead than I can. Because he makes the big bucks, and I'm just a nebbish of a business prof in some little college, right? My big problem is losing respect forthe main characters or staggering through plot holes. I seem never to escape it. In this story, the smart hero guy has a really primitive sense of legal risks and their management. He does stupid crazy stuff like, being a probably suspect of crimes, inject himself ham-handedly as a self-appointed sleuth into the middle of crime and pursuit situations, elbowing around the qualified sleuths, and interview other witnesses, prodding various statements out of them in ways that could really mess everything up for himself and everything he thinks he's protecting (as played through the scenarios pretty obvious in a lawyer's mind: hello). I.e., this fellow is (to me) not smart enough to hold this position, he's too dumb to consult with a lawyer when this would obviously be called for, before launching into another adventure, risking everything and everyone, and then I wonder, is this a deficit in the author's knowledge of these things, or is the author sadistically posing this guy as a dummy? A glutton for punishment? And posing this hero as a marshmallow-spined mediocre philosopher who doesn't really know his own mind or values, or what he wants? A little sweet caring boy inside who just happened to be spearheading a world class organization while trying to work out his basic aims and ethics? Soon I am dripping with contempt for this "hero," not a good sign for me and a work of fiction (my whole general problem with a fundamentally fake genre owing nothing to the strictures of reality, aside from Shakespeare and a very few others), and want to drop-kick this jelly-spined hero out of the building myself. This fool should KNOW himself better and the tricks of the trade too. He is living by too much luck and meandering ad hoc ignorant rationalization for me to respect it. Things go too right. Now I WANT the bad guy to crush him. Yeah, maybe I am a trifle sociopathic, not criminally like the bad guy here, but enough to qualify me to kick this "good guy" fool's behind and beat him in business and legal chess with an arm behind my back. I don't respect the guy set up as my hero. By this point, the author would have pleased me only by destroying this guy. Well I won't be any more of a spoiler than that. Finally, the guy semi-surfaces from his philosophical murk as a sweet caring nice warmed-over sweater-boy, a real wet blanket, after he lucks out enough to survive. All his steeliness seems to evaporate. He's just a neurotic ditz like anyone else, plus a few spare millions in the bank. Now we are in cheap romantic fiction land. So he grabs for a gal to mate with. Things with the romantic interest are really murky and strangely resolved too. Too easily dismissed. What a chump. And the minutes spent lingering on descriptions of food marks the character as a total nobody, and denotes minutes of my attention in life I can never regain. My quest for really good business fiction stretches on, quixotically. It occurs to me: the people who really understand this stuff in depth are out there running giant private equity funds and things like that. And if one DOES write a novel, it's likely to be a disappointment too. Rarely do all the right talents converge. But to the author: good luck. Maybe next time.