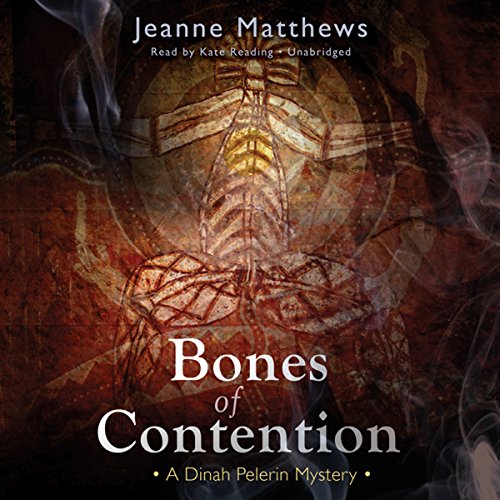 With her passion for mythology, Dinah tries to sort out the complicated song lines of her own ancestors while struggling to understand the Aboriginal dreamtime and solve not one but two bizarre murders.

Dinah Pelerin’s wealthy American uncle, dying of cancer, has summoned his entire family to a remote lodge in upper Australia, where he intends to end his life. Dinah hopes to at last learn the truth about her father, who died while committing a felony when she was a child. But the truth, she discovers, has darker ramifications than she’d bargained on.

Meanwhile, her artist brother thinks he’s possessed by the snake god; her family is seething with resentments; her uncle, who isn’t really her uncle, is obsessed by a woman he married but could never possess; and a man none of them claims to know is murdered on a nearby island.

Overall I liked it, but it definitely had some parts where it bogged down with filler. The protagonist, Dinah, does some really hare-brained things The characters are almost all unlikable, though I don't have any problem with that.

I have just one bit of nit-picking. Maybe she didn't have to throw in so many Aussie colloquialisms. I've met a lot of Australians and none of them used a bizarre amount of slang, or any for that matter, especially considering when speaking to a non-native speaker.

What does Kate Reading bring to the story that you wouldn’t experience if you just read the book?