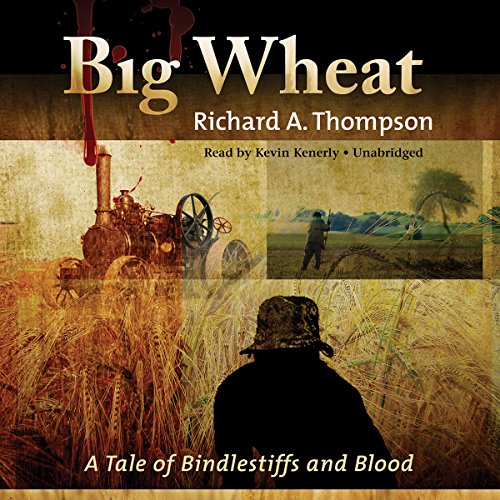 The summer of 1919 is now over, and on the high prairie, a small army of men, women, and machines moves across the land, harvesting the wheat. Custom threshers, steam engineers, bindle stiffs, cooks, camp followers, and hobos join the tide. Prosperous farmers proudly proclaim “Rain follows the plow,” meaning that the bounty of the land will never be exhausted. Wheat is king as people gleefully embrace the gospels of bounty and progress.

But with the wheat comes a serial killer who calls himself the Windmill Man and who believes he has a holy calling to water the newly plucked earth with blood. For him, the mobile harvest provides a target-rich environment, an endless supply of ready victims. He has been killing for years now and intends to kill for many more. Who could stop him? Nobody even knows he exists.

A young man named Charlie Krueger also follows the harvest. Jilted by his childhood sweetheart and estranged from his drunkard father, Charlie hopes to find a new life as a steam engineer. But in a newly harvested field in the nearly black Dakota night, he has come upon a strange man digging a grave. And in that moment, Charlie becomes the only person who has seen the face of a killer, the only person who can stop him - if he lives long enough. The sheriff is after Charlie for murdering the Windmill Man’s latest victim, and the Windmill man has learned his name and has begun to track Charlie.

Richard A. Thompson is a former civil engineer and construction manager who traded his hard hat for a laptop and now writes full time.

"[S]ucceeds both as social history and blood-soaked suspense with a dollop of romance." ( Booklist)

I don't know how I feel about this read. I expected something different, but it kept my interest. it is very different from crooked letter crooked letter and wandered off to weird. I think it is worth listening to for the style of descriptive writing, but not everyone will like the ending. I didnt. odd story in my point of view.