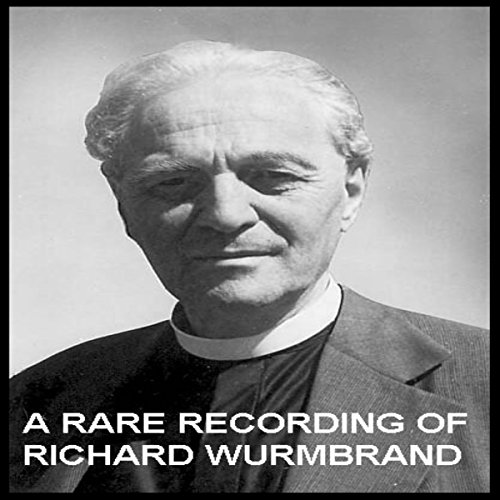 A Rare Recording of Richard Wurmbrand

Richard Wurmbrnad, born on March 24, 1909, was a Romanian Christian minister of Jewish descent. He was a youth during a time of anti-Semitic activity in Romania, but it was later, after becoming a believer in Jesus Christ as Messiah, and daring to publicly say that communism and Christianity were not compatible, that he experienced imprisonment and torture for his beliefs. After serving five years of a second prison sentence, he was ransomed for $10,000. After spending time in Norway and England, he and his wife Sabina, who had also been imprisoned, emigrated to America and dedicated the rest of their lives to publicizing and helping Christians who are persecuted for their beliefs. He wrote more than 18 books, translated into more than 60 languages, the most widely known being Tortured For Christ. He founded the international organization, Voice of Martyrs, which aids Christians around the world who are persecuted for their faith. Wurmbrand died on February 17, 2001. Recording obtained and published by Rick Sheridan.

A Personal Word to The Family of God

I met Pastor Wurmbrand in my 20's. He explained how communism came to his town. He described how the government took over with very little fight. They closed businesses, churches, schools and only let the corporations stay open. It drove Christians under ground and in homes. They couldn't have more than 10 at home functions such as holidays,birthdays and other things. He said they began to collect bibles. As they tried to hold onto their precious bibles, they would rip apart. They began to have home worship, called birthday celebrations. The sermon for the evening would be whatever scripture the person could share. I believe this sounds too close to home. I am 70 years old now and believe this is where we are headed. It is happening just as it did in his beloved country right here in my country, the United States of America.

Hear a truthful preaching of God’s word and the evils of Communism from a persecuted Christian. God bless his soul and his family.