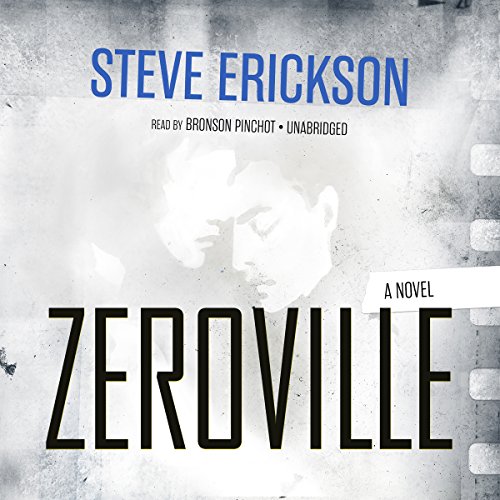 On the same August day in 1969 that a crazed hippie "family" led by Charles Manson commits five savage murders in the canyons above Los Angeles, a young ex-communicated seminarian arrives with images of Elizabeth Taylor and Montgomery Clift - "the two most beautiful people in the history of the movies" - tattooed on his head. At once childlike and violent, Vikar is not a cineaste but "cineautistic", sleeping at night in the Roosevelt Hotel where he's haunted by the ghost of D. W. Griffith. Vikar has stepped into the vortex of a culture in upheaval: strange drugs that frighten him, a strange sexuality that consumes him, a strange music he doesn't understand. Over the course of the 70s and into the 80s, he pursues his obsession with film from one screening to the next and through a series of cinema-besotted conversations and encounters with starlets, burglars, guerrillas, escorts, teenage punks, and veteran film editors, only to discover a secret whose clues lie in every film ever made.

This book is great! I think I'd have to read it again to really figure out what the ending means, but thematically the novel touches on the circularity of narrative, the complexity of reality, and the problem of evil. Really fantastic. Would recommend to anyone interested in a challenging read. Also, Bronson Pinchot as the narrator is fantastic. Best narrator I've listened to on Audible so far.

Wow, this book is amazing!

What did you love best about Zeroville?

The sneaky thematic ending that ties the entire book together. I had to go back and listen again once I got it. I won't spoil it though.

Vikar, the main character, is really unique and weirdly lovable.

This is a book about movies, but that doesn't really give any information about what you're about to get yourself into. The prose in the book is truly sparse and beautiful. The characters are distinct and complicated. The plot is creative, unpredictable and very satisfying. The theme goes throughout the book, but I didn't catch on until the end. It's one of my top 10 favorite audiobooks ever. I liked the narrator, and because Vikar is so likable. I will probably follow Bronson Pinchot because I came to like his voice so much.

Love this book, but there are so many more great books by Erickson that could be added to Audible's library. Audible, please add more of his books!

I haven’t the words

I am so thankful I didn’t exit early. This is book can only be eclipsed by Infinite Jest( but it is close)

if you love old movies this is for you.

I honestly gave up in this book. the main character was weird and I just couldn't connect with him. his personality just didn't make sense and if his back story came out at the end of book.... I guess I will never know and am okay with that.

I am not sure what to make of this. Might have been genius. It is something

I have no words, other than it's best described as it's entitled zeroville. This book is zeroville, and perhaps as this book ponders everything and everyone is too. This book is brilliant. It does require the ability to make absract thought concrete and vise versa. If this is a skill you lack i don't think this is the book for you.

A wonderful story and first-rate narration. I just can't day enough good things about this.

I chose this book from a list of novels about film in a BFI article. I’m glad that I did. It’s barely like any other that I’ve ever ‘read’. Film is the book. Every aspect of it refers to film. The more you know about film, the more that you’ll get from it. I’m sure certain references did go over my head. If I say that the main character, Vikar, has a tattoo on his head of Liz Taylor and Montgomery Clift in A Place in the Sun, and lives and breathes film, you’ll begin to see. By a series of chances he becomes an editor in the industry. He finds himself caring for/about a girl who is more interested in music. All of this around the turn of the 80s.
The chapters are all very short (often less than a minute), maybe more like a script than a novel. The narration by Branson Pinchot (a first time hearing him) was excellent, he served the author well, at no point did I feel that his voice was becoming more important than the story, a problem I have had with some American readers. The main thing about it all was that it drew me along, the short chapters helped in this because I often thought ‘Oh, they’re only short, I’ll listen for a few more minutes’.
So if you have any interest in film, particularly from the late 40s until the early 80s, this could draw you into it’s own little world and references (many of which you can work out if you don’t know. One or two music ones, too). I loved it, being a big film fan. The BFI article has given me a few other books for my wish list, of differing genres, which I’ll listen to soon, but none will be quite like this.

Finished the audio book. The story was tentative and wasn't full of many surprises. It's very well read by Bronson Pinchot.

Would you listen to Zeroville again? Why?

Yeah, but no spoiler here.

Bring in more books from Steve Erickson. I want more.